Did The Wise Men (Magi) Arrive 12 Days After Jesus’ Birth? Or Was It Much Later? 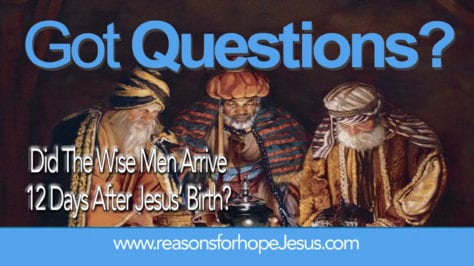 We’ve already covered “WHO Were the Wise Men?” and  “HOW Did They Know?”  Now, let’s consider “WHEN Did the Wise Men Arrive?”

There’s a popular Christmas carol, “The Twelve Days of Christmas,” about 12 days of gift-giving.  With each day, gifts are added based upon the number of the day.  Most notable is the resounding chorus of “five golden rings,” given on the fifth day.

“The Twelve Days of Christmas” is a fun song to sing; and there’s a fun trivia question about the song: How many gifts were given? Since each day’s gifts are repeated (added to the next day), the total is 364!!! Now, that’s a lot of gifts. But still, they are nothing compared to the single gift given by God when He gave His Son to the world.

A Theological Significance to the 12 Days of Christmas

The church has traditionally suggested that the 12 days represent the time between the birth of Jesus and the arrival of the Magi. The days start on Christmas day (or in some traditions, the day after Christmas) and culminate with the feast of Epiphany, which is observed on January 6th.

The Feast of Epiphany

This feast day commemorates the day the wise man arrived and brought gifts to Jesus. The liturgical calendars of some churches call this day, “The Three Kings’ Day.” Some traditions also hold that Epiphany marks the day when John the Baptist baptized Jesus. But are these things really so?

What does the Bible say?

In the gospel of Matthew, we read that the Wise Men came from the Persian Empire (read: Who were the Three Wise Men?).  They were guided by a star as they traveled first to Jerusalem seeking the Christ child. When they arrived, they inquired of King Herod about where they might find the one “born King of the Jews” (Mat 2:2). Then, being again led by the star, they eventually found the child where the star came to rest.  While church tradition claims that the Wise Men arrived 12 days after the birth of Jesus, Holy Scripture suggests that is not so.

Arrival After The Dedication of Jesus?

In accordance with the Law, Mary and Joseph took their child to the temple to be dedicated to the Lord.

Luke 2:22  And when the days of her purification according to the law of Moses were accomplished, they brought him to Jerusalem, to present him to the Lord;

The time for this dedication was clearly prescribed in Levitical law (Lev 12:2-4).  The days of Mary’s purification were to be at least 40 days after the birth of Jesus.  For seven days, a woman was deemed to be unclean. On the eighth day, a man child was to be circumcised. Then, 33 days were to pass for a woman’s purification to be fulfilled.  After that, the young couple was to take their baby for dedication in the Temple, along with an animal sacrifice to offer to the Lord for the mother’s purification.

Lev 12:6  And when the days of her purifying are fulfilled, for a son, or for a daughter, she shall bring a lamb of the first year for a burnt offering, and a young pigeon, or a turtledove, for a sin offering, unto the door of the tabernacle of the congregation, unto the priest:

This offering was to be made before the Lord, to make atonement for the woman, and to cleanse her from the issue of blood.  How fitting that the offering was to be “a lamb of the first year” and a bird (a young pigeon or a turtledove). Symbolically, this seems to represent Jesus, the Lamb of God, and the Holy Spirit who appeared as a dove. A provision was also made for those who could not afford to offer a lamb. In such cases, the woman was able to bring two turtledoves or two young pigeons.

An Offering of Birds by Mary and Joseph

Luke 2:24 tells that Mary made an offering of birds (plural). This is an indication that Mary and Joseph did not have the necessary funds to purchase a lamb for their burnt offering. Had the Wise Men arrived 12 days after Jesus’ birth, as suggested by tradition, Mary and Joseph would have received the precious gifts of gold, frankincense, and myrrh.  Had that been the case, Mary would have been able to provide a blood offering in the form of a lamb for her purification.

Since the Bible tells that the dedication of Jesus and the purification of Mary would have been at least 40 days after Jesus’ birth, we can reason that the Wise Men could not have arrived before that time.

Some suggest that the Wise Men did not arrive until Jesus was two years of age, and living in a house in Nazareth. This is based on Matthew 2:1-11. In this passage, we are told that the Wise Men “came into the house and saw the young child.” Couple that with the decree of Herod that all children two years old and under should be put to death, it’s easy to understand why some suggest Jesus was near two years of age when the Wise Men arrived.  But could that be true? There is no evidence to support it. And questionable is the translation of “young child.”

The Greek word used by Matthew, which is translated as “young child,” is paidion. Strong’s Dictionary defines it as a childling (of either sex), i.e. (prop.) an infant, or a half-grown boy or girl.  Also problematic, is assuming the age of Jesus based on Herod’s decree.  Herod could have been “covering his bases,” and going well beyond the age that Jesus would have been at the time. Remember, the Wise Men were supposed to report back to Herod (Matt 2:8).  If six months, a year, or longer had passed before Herod realized they had not returned, he might have decreed “two and under” to make sure Jesus would be killed.

The Wise Men “Came Into the House”

We know that Jesus was born in a place where animals were kept. Perhaps it was a stable or a cave, but it’s most likely it was the lower level of the house of a relative where animals were kept in cold weather. The word we translate “inn” is the Greek word for “upper room,”  so it’s reasoned that Mary and Joseph stayed in the lower level of a Bethlehem house and once all the guests who had been there for the census had departed, the relatives invited Mary and Joseph to the upper room.  They would have stayed there until after they went to the Temple and until she was able to make the return trip to Nazareth (this is covered in: Was Jesus Born in a Stable, a Cave or a House?).

We are told in Luke that following the dedication of Jesus in the Temple (40 days or more after His birth), Mary and Joseph returned to their home in Nazareth (Luke 2:39). So it’s also possible that the Wise Men were led by the star to Nazareth, but it’s still unlikely that their journey would have taken close to two years.

It’s clear that the Wise Men arriving 12 days after Jesus’ birth is incorrect.  The timing does not fit. Since Mary and Joseph were devout Jews, had they received the precious gifts of great value from the Wise Men, they could have sold some of the gold, frankincense, or myrrh and purchased a lamb to offer to God. Instead, they offered birds, the offering intended for the poor who had no means to purchase a lamb.

So how long was it after Jesus’ birth that the Wise Men arrived?  We simply do not know.  However, there is sufficient reasoning to know that it was not 12 days.  It would have been more than 40 days, but less than two years.

What we do know for certain from the Wise Men is that the proper response, when coming to Jesus.  The Wise Men worshipped Him when they found Him…whatever His age was at the time.

Mat 2:11  And when they were come into the house, they saw the young child with Mary his mother, and [the Wise Men] fell down, and worshipped him: and when they had opened their treasures, they presented unto him gifts; gold, and frankincense, and myrrh.

And what should we present when we come to Jesus.  Watch and read about a old Christmas song that reveals our answer (In the Bleak Midwinter).  You might not have heard this song before, but we promise it is worth your time and it will bless you. 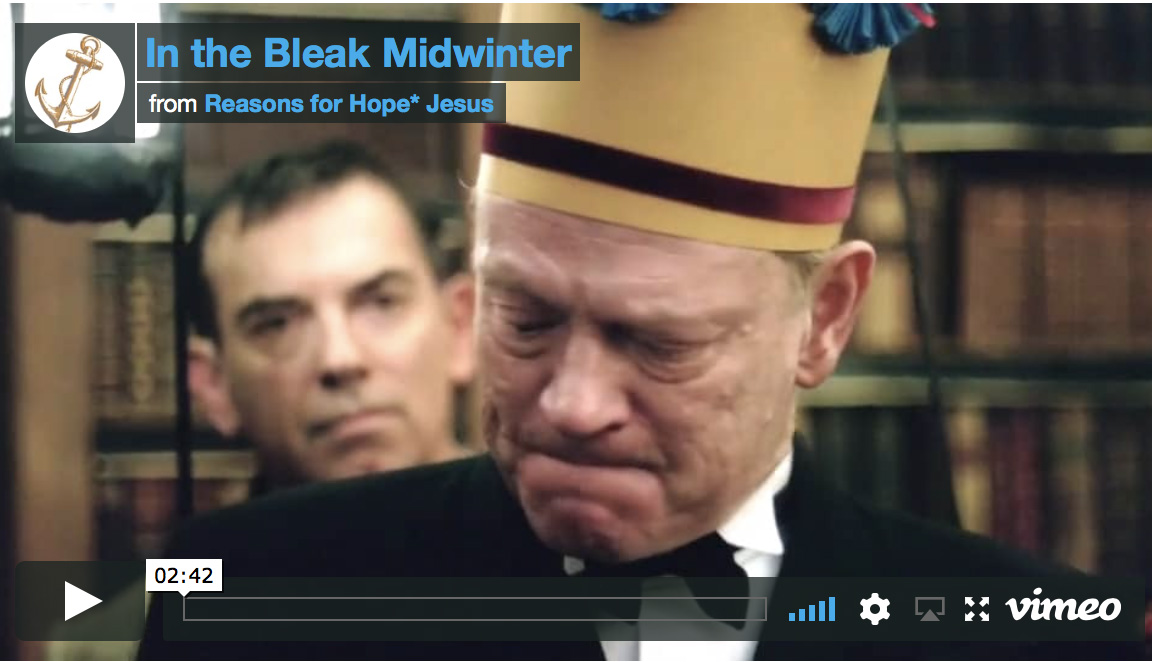