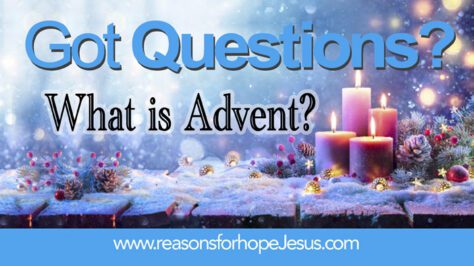 The word “advent” comes from the Latin word “advenio,” meaning “coming” or “arrival” of a notable person, thing, or event.  The ancient Christian church celebrated Advent as the beginning of the new church year. And in much the same way we celebrate New Year’s Day as the beginning of a new year, they considered the season of Advent a fresh start in faith and worship for the following 12 months.

A Month of Sundays

Advent begins on the fourth Sunday before Christmas.  On each Sunday leading up to Christmas day, a specific gift brought by Jesus in His incarnation is remembered and celebrated — specifically, hope, love, joy, and peace. For each gift, a representative candle is lit.  Churches select songs, Bible readings, and messages that reflect the gift being celebrated.

With Christmas approaching and festivities increasing, focusing on Jesus and His incarnation will calm the soul, warm the heart, and purpose the mind to make Jesus the real reason for the season.

Anticipation with Both Soon and Far Fulfillment

Advent is four weeks of mediation on that which “was” — Jesus’ first advent — and anticipation of Christmas day.   But we should also anticipate what is to come  —  the Lord’s second advent, His glorious return to set up His kingdom on earth.  This kingdom of hope, love, joy, and peace has been promised by God and will be fulfilled by Jesus.  The whole earth will rest, and Jesus will reign in righteousness as King of kings and Lord of lords.

Each Sunday during Advent, a candle is lit on the Advent Wreath.  P is the traditional color of the four candles (although some churches use blue and some use a pink candle on the third Sunday). The color purple symbolizes royalty. It represents the King who came in a lowly cradle and will come again in majesty and power.  The four candles represent 1) prophetic hope, 2) promised love, 3) joy in Jesus, and 4) perfect peace.  In addition to the four candles that circle the wreath, a fifth candle is placed in the center.  It is the “Christ Candle,” and it is lit on Christmas Day, signifying the arrival of Jesus.  The candle is white to represent the purity of our sinless Saviour, and its flame reminds us of the Light of the World who came to dwell with us. 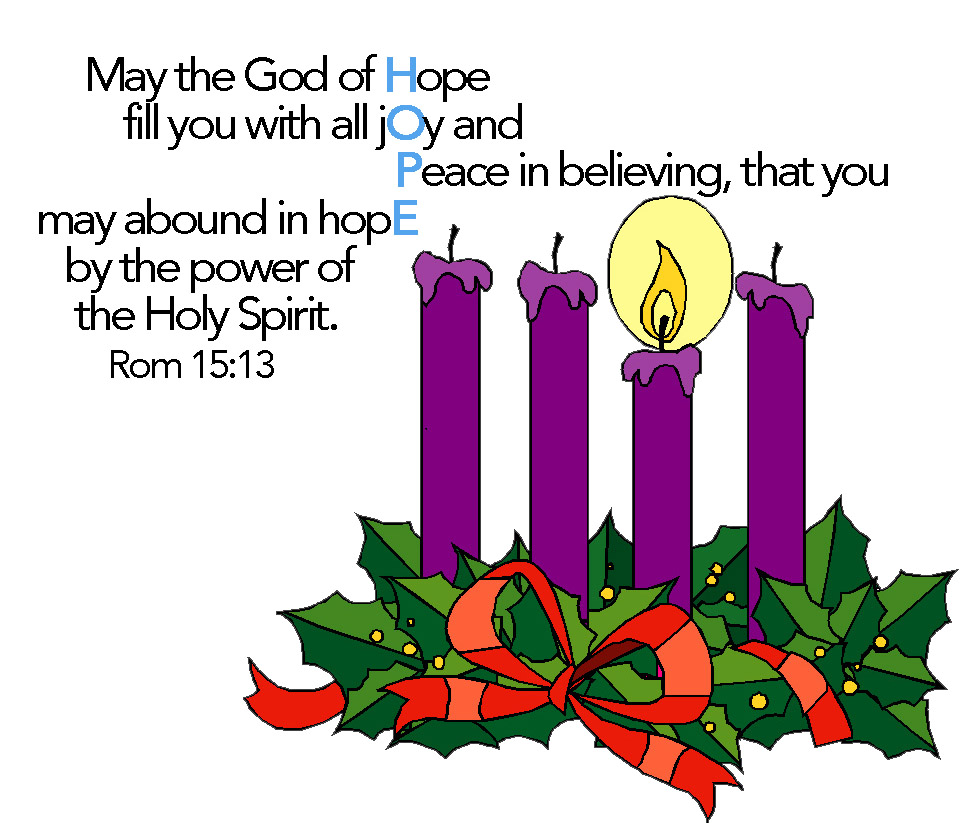 Click to watch a short video of prophetic hope! 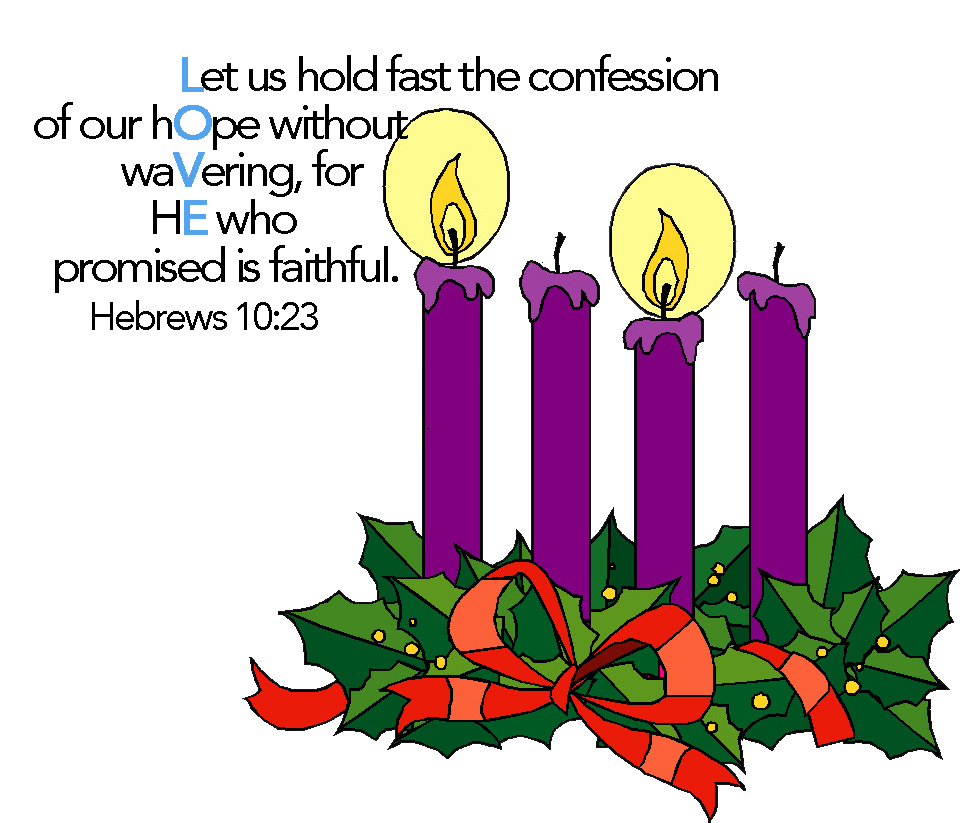 Click to watch a short video of promised love! 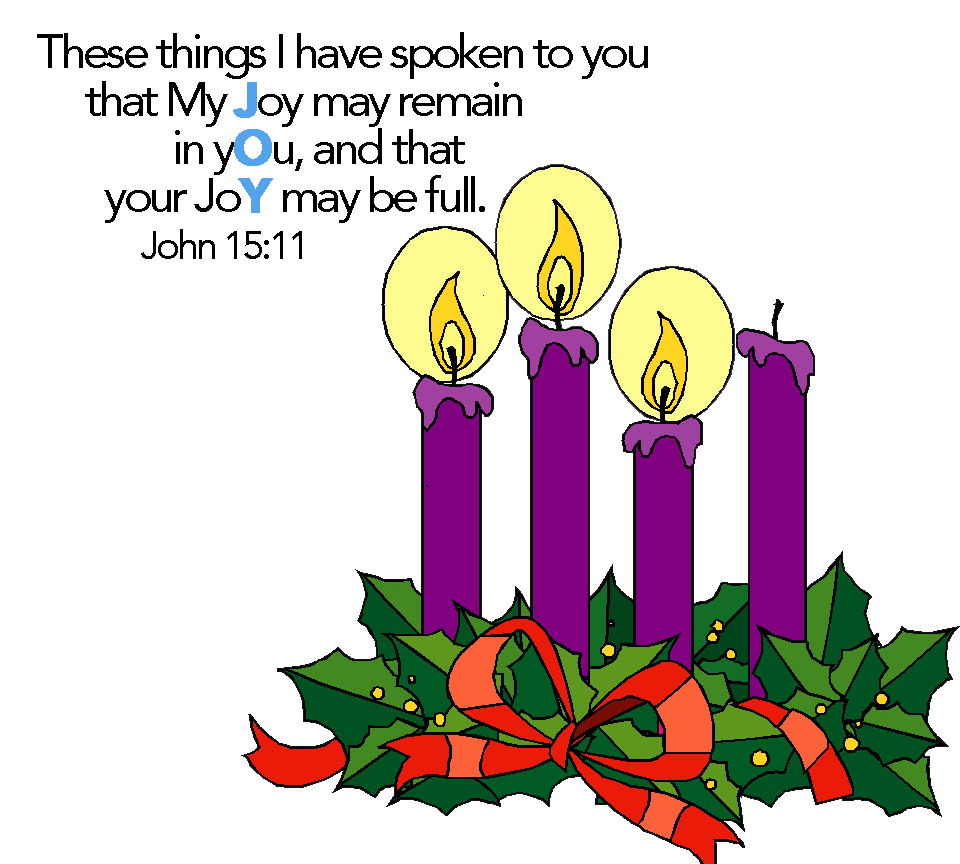 Click to watch a short video of joy in Jesus! 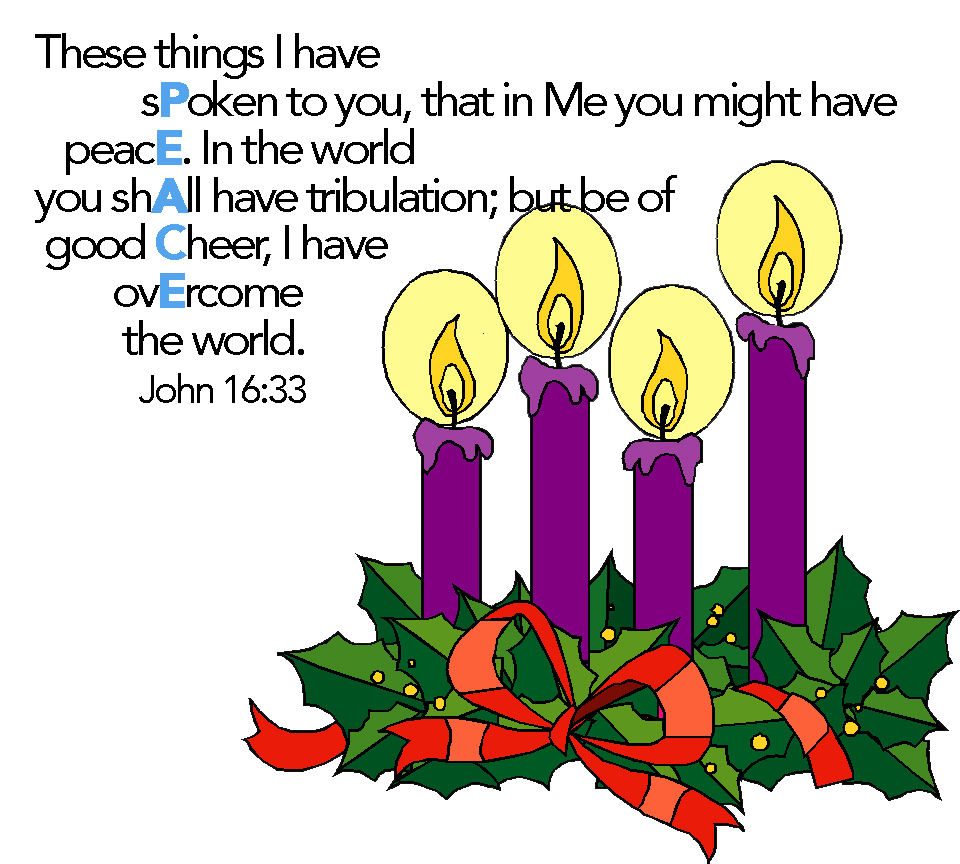 Click to watch a short video of perfect peace!

CHRISTMAS DAY: Light of the World 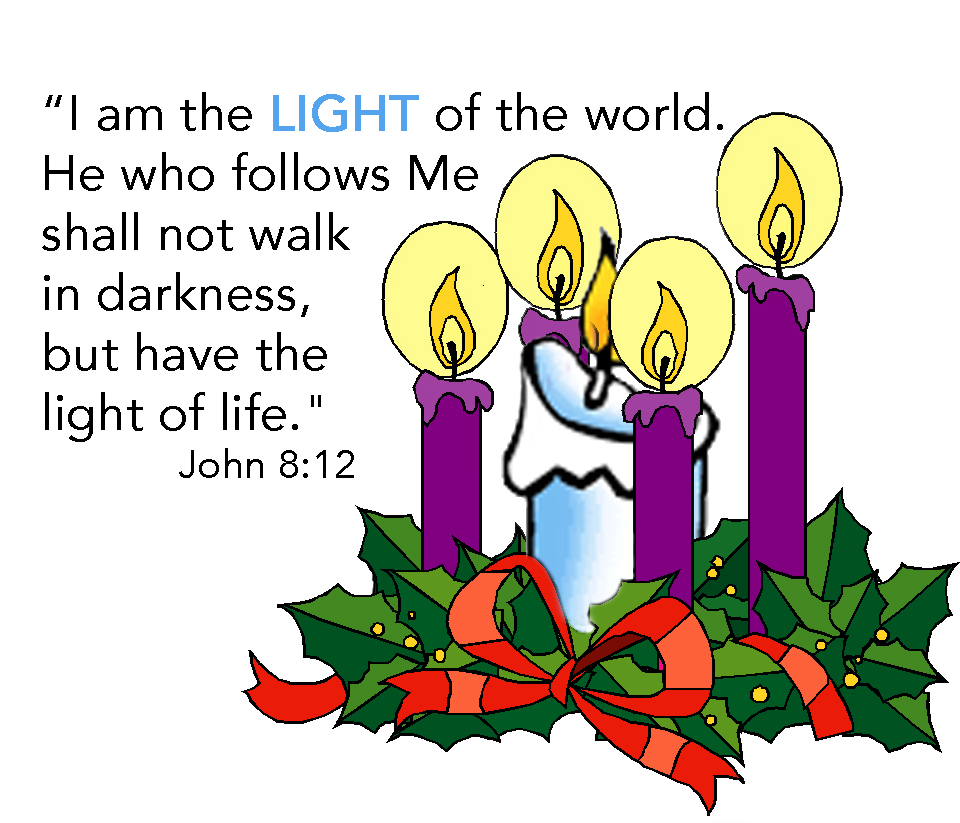 The perfect Saviour, promised by God, prophesied of by the prophets, came in peace and brought light and joy into the world.

Christmas Day: When Love Was Born — Light the CHRIST  Candle 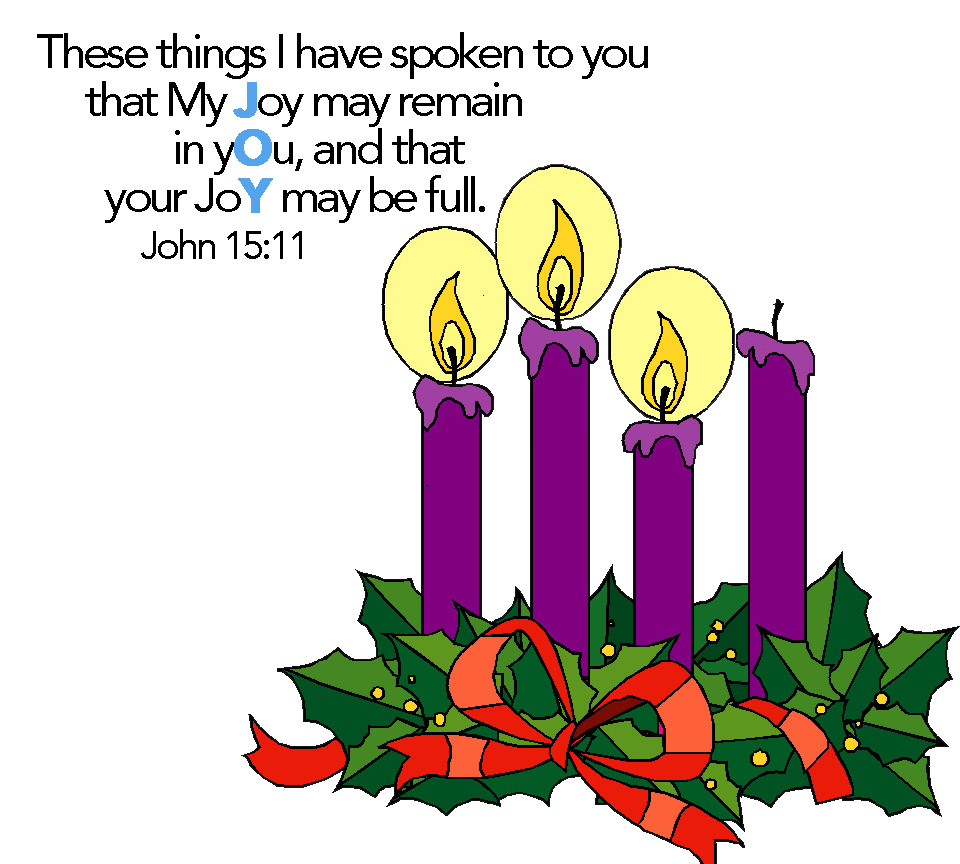 Click to watch a short video of joy in Jesus!

Click to watch a short video of perfect peace!

CHRISTMAS DAY: Light of the World

The perfect Saviour, promised by God, prophesied of by the prophets, came in peace and brought light and joy into the world.

Christmas Day: When Love Was Born — Light the CHRIST  Candle