Christian Internet Forwards? The Rest of “The Birdcage” Story? 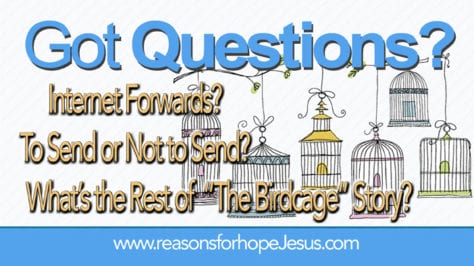 I get a lot of Internet Forwards about God, the Bible and faith. Should I forward them?  Is this a good way to share my faith?

Knowledge of God’s truths is necessary to determine if a forward is of value for learning about God, for growing in faith, and to discern if it should be shared with friends and family.  We are told to search the Scriptures to learn if things are true (Acts 17:11), and Internet Forwards are no different that anything we read, see, or hear.  Check everything against God’s Word.

While there are many Internet forwards that present good biblical teachings, there are also those that have clearly false teachings (e.g. the story of the Folded Napkin, read here), and many that combine partial truths with inaccuracies and deceptions.

“The Birdcage” — an Internet Forward

“The Birdcage” is a widely circulated Internet Forward. The story’s origin is from decades ago.  It was first shared by Paul Harvey on his popular 1970s radio show, “The Rest of the Story. ”  Sadly, the story is not biblically accurate and has become an Internet Forward that teaches false doctrines.

Please note that Paul Harvey was known to be a strong, professing Christian.  So it’s fair to believe that he was not aware of the errors in this teaching.  We can reason that his intention was simply to illustrate the love of Jesus for mankind.

Boston preacher Dr. S.D. Gordon, placed a beat up, bent, rusted old bird cage beside his pulpit when he told this story.

An unkempt, unwashed, little lad about 10 years old was coming up the alley swinging this old caved in birdcage with several tiny birds shivering on the floor of it.

The compassionate Dr. Gordon asked the boy where he got the birds. He said he trapped them.

The preacher said, “Sooner or later you’ll get tired of them. Then what are you going to do with them?”

The lad said, “I have some cats at home. They like birds. I’ll feed them to my cats.”

Dr. Gordon said, “Son, how much do you want for the birds?”

The preacher said, “Just tell me. How much do you want?”

The grubby little lad thought about it. He squinted up one eye. He calculated and hesitated and said, “Two dollars?”

To his surprise Dr. Gordon reached into his pocket and handed the boy two, one dollar bills.

The preacher took the cage. The boy, in a wink, hurried up the alley.

In a sheltered crevice between buildings, Dr. Gordon opened the door of the cage and tapping on the rusty exterior he encouraged the little birds, one at a time, to find their way out through the narrow door and fly away.

Thus having accounted for the empty cage beside his pulpit, the preacher went on to tell what seemed, at first, like a separate story.

About how once upon a time, Jesus and the Devil had engaged in a negotiation. [God does not negotiate with Satan]

Satan had boasted how he’d baited a trap in Eden’s garden and caught himself a world full of people.

“What are you going to do with all those people in your cage” Jesus wanted to know.  [Of course, we know this discussion is fictitious.  The question, however, is whether it teaches biblical truths or deception and lies.]

Jesus said, “You can’t have fun with them forever. When you get tired of playing, what are you going to do with them?” 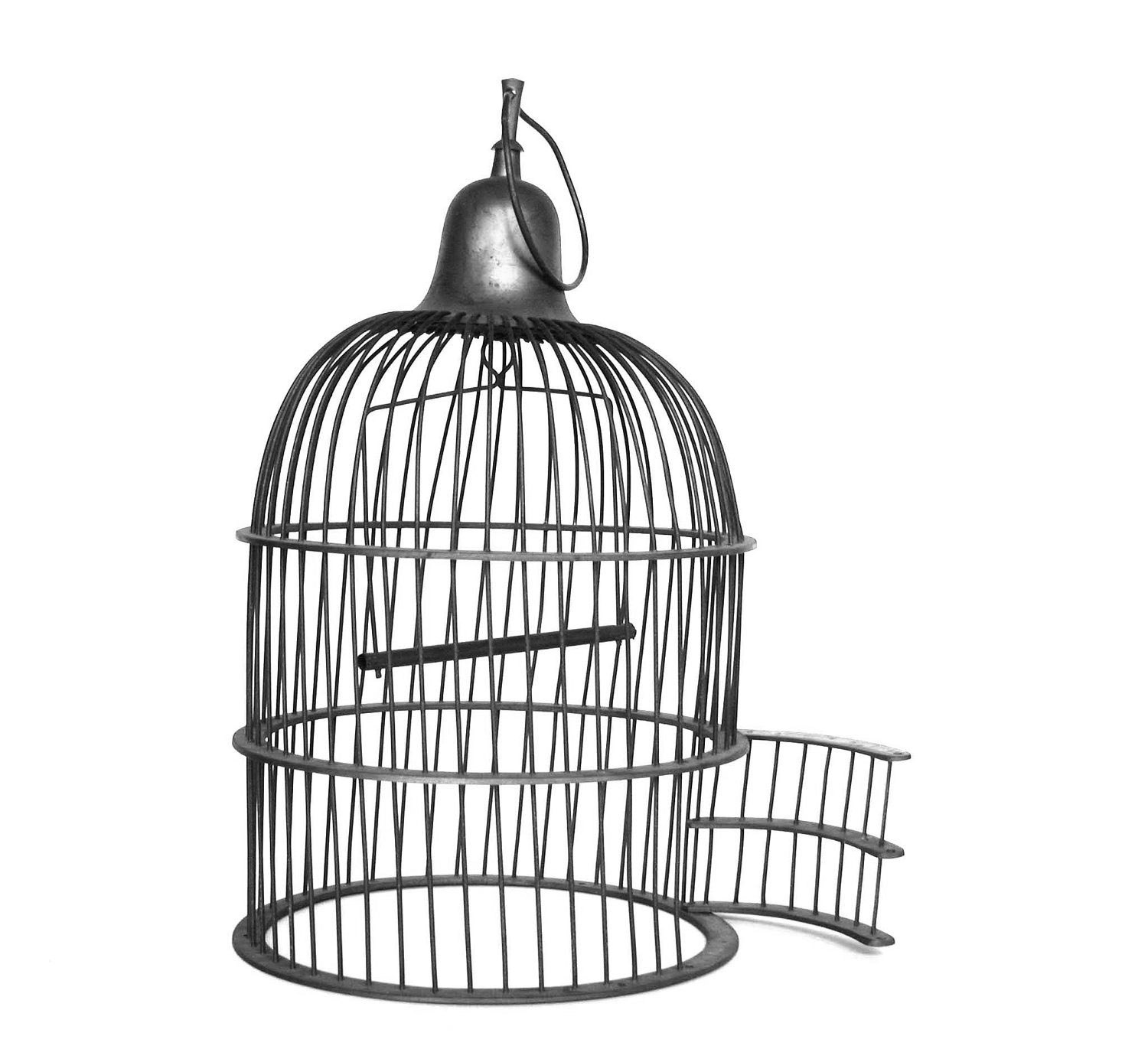 Jesus said, “How much do you want for them?”

Satan said, “All of your tears and all of your blood. That’s the price.”

Jesus took the cage, and paid the price, and opened the door.

The purpose of Easter in a dozen words:  Jesus lived a good life in a wicked world to show us that it could be done. He died, and He rose again, to show us that we could do that too.  Paul Harvey.  Good day.

In addition to the clarifications above (in blue), let’s look more closely at the final discourse between Jesus and Satan in this story.  It implies that Jesus purchased us from Satan.  While it is true that Jesus ransomed us, it was not from Satan.  Jesus paid the penalty for man’s sin and freed us from the bondage of sin and the penalty of death by purchasing us with His blood.

Acts 20:28  Therefore take heed to yourselves and to all the flock, among which the Holy Spirit has made you overseers, to shepherd the church of God which He purchased with His own blood.

The cross of Christ was not to buy us back from Satan.  It was to satisfy the just wrath of God for the sins of the world.  Jesus pure blood was the payment for our sins, so we can be forgiven and washed clean (Rev 1:5).

Furthermore, Satan has never had any ownership over us.  Everything belongs to God.

Psa 24:1  The earth is the LORD’S, and the fulness thereof; the world, and they that dwell therein.

Psa 89:11  The heavens are Yours, the earth also is Yours; The world and all its fullness, You have founded them.

Some might wonder about the verse in which Jesus said,

John 8:44  “You are of your father the devil, and the desires of your father you want to do. He was a murderer from the beginning, and does not stand in the truth, because there is no truth in him. When he speaks a lie, he speaks from his own resources, for he is a liar and the father of it.”

Jesus was simply making a point that a “father,” in this case Satan, directs the will and actions of his children.  This is a metaphorical statement to indicate the influence of the devil over people when they follow him.  It does not mean they belong to him.

The Story’s Closing Summary About Easter

“The purpose of Easter in a dozen words:  Jesus lived a good life in a wicked world to show us that it could be done. He died, and He rose again, to show us that we could do that too.  Paul Harvey.  Good day.”

Jesus lived much more than a “good life in a wicked world.”  He lived a perfect, sinless life in a fallen world.  And His life revealed to us that we CANNOT live the life that He lived.  We are sinners and we need to be forgiven.  Jesus rose again and conquered death so that we might live again, in Him, so to show us we can live a “good life in a wicked world.”  It is only by the power of Christ living in and through us that we come close to living as Jesus lived.  Praise God for His great love, Jesus’ great sacrifice, and that because He lives we also can live.

Origins of Such Teachings?

False teachings often come from well-intentioned people who with limited knowledge “fill in the gaps” with their own thinking to create a story.  It a tragedy that people often rather hear a story that illustrates something about God than to read or hear the actual source material, the Bible, which can be trusted to be true.

Be equipped to discern truth and lies!

a workman that needeth not to be ashamed,

The Birdcage is not a biblically accurate teaching.  If you receive it in your email, do not forward it.  And with all Internet forwards, be discerning.  Check what is presented against the truths of the Bible.