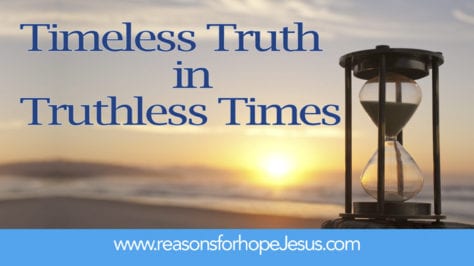 Sometimes nothing can seem more confusing to Christians and non-Christians alike than the subject of Bible translations. Many Christians are hard-pressed to respond to the questions that are directed at them concerning all the different “versions” of the Bible.

Often the statement is made, “there are so many versions of the Bible, and that alone connotes obvious confusion in your church ranks; who can tell which version is the right version?”

Which version is correct?

Many feel that all the so-called “versions” are just that . . . someone’s “version of how they see it.”

The Right View of the Bible Versions

A bit of help with these statements, and others like them, can be provided if we clarify the use of some terms about this subject. The two words that need to be clarified are “versions” and “translations”.  These words are often used interchangeably but actually imply different things.

In today’s world, the word “version” conjures up thoughts of someone’s opinion; a person’s interpretation of something.  In other words, the way that a person “sees” something. When people use or hear the term “version,” in regards to the Bible, they often think that there is someone else, writing another Bible the way they see it. Or, it’s just one person’s opinion versus that of many others.

The use of the word “translations” can help us a great deal here. The very word itself serves the Christian in presenting a clearer reason for the different Bibles. Translations are the effort of many to take the original languages and change (translate) the words into another language — all for the purpose of being able to easily understand God’s Word so that we can know HIm better and understand His will. The intention is not to confuse but to constantly strive to make the message of the Holy Scriptures clearer to the readers. Thus, the work that is involved does not necessarily involve someone’s “own version”, someone’s “own personal view,” but rather God’s words, His message,  faithfully presented in a different language..

I would be remiss if I did not mention that there are reasons for concern with the many new  “translations” emerging. It is no secret to the Christian that Satan seeks to corrupt that which God intended for good, and God’s Word has always been an obvious target.

On a lesser scale, but still a great concern, are worship services and Bible studies that are filled with many different translations.  Multiple translations can actually inhibit the teaching of the Bible and interfere with the understanding of God’s message to us.

In 2011, a new NIV Bible was published with gender-neutral wording to appease the strong feminist movement within the church. Surely, in the day in which we live, it is essential that Christians remain on the alert regarding the deluge of Bible translations, especially those with changes that contradict biblical doctrines. (1 Tim. 6:20-21; 2 Tim.1:13-14)

Time-tested translations that have been translated with particular care by committees that  were committed to preserving the “inerrant”, “infallible” Word of God include:

There are many other Bible versions that are much more liberal in their translations. Most fall into the category of paraphrases (e.g. The Living Bible, The Message), which is not really a Bible.  They vary so much from the original words that they can hardly be considered to contain the actual words of God. They are, however, useful for simple reading for pleasure, but should always be understood not to be authoritative.  These type of Bibles are not recommended for in-depth Bible study.

William Tyndale (1494-1536) who worked relentlessly to translate the Scriptures into the language of the common man and was executed for doing so,  is quoted as having said, “Every plowboy should be able to understand [the Bible]. Otherwise, we may as well leave it in the original languages.”