The Prophet Daniel, whose name means “God is my judge,” was from the Tribe of Judah.  He was taken captive, when a youth, in the first siege of Jerusalem by Nebuchadnezzar of Babylon in 605 B.C.   He was made a statesman in the court of the heathen Babylonian monarchy and spent the rest of his long life there as a governmental official and a prophet of the true God. He claims authorship of this book in Daniel 12:4, and Jesus Christ identified him as a prophet in Matthew 24:15 and Mark 13:14. Although Daniel spoke God’s words as prophets did, he did not hold the prophetic office.  Therefore, the book of Daniel is found in the third division of the Hebrew Bible, the “Writings,” rather than in the second, “The Prophets.” Throughout Daniel’s life, he was uncompromising and faithful to his God.

In 605 B.C., when Nebuchadnezzar took Daniel and other nobles as captives to Babylon, Daniel was given a place of prominence and responsibility in Nebuchadnezzar’s kingdom (Daniel 2). After the King Nebuchadnezzar’s death, Daniel fell from favor but was not completely forgotten and was called to interpret the writing that appeared at Belshazzar’s feast (Daniel 5:13). Under Darius, he was made one of three prime ministers (Daniel 6:1). Daniel lived until the third year of Cyrus (536). His ministry was to testify to the power of God, with his words and by his life.

God was present with His people throughout their 70 years of exile in Babylon, and Daniel was a blessing to the people with his prophetic words of God’s plan for their future and His far future plans for the nation of Israel. In addition, Daniel also traced the course of Gentile world powers from his day to the second coming of Christ.

Among the doctrines found in the book are:

Favorite stories include those of Shadrach, Meshach, and Abed-nego (Daniel 3), and Daniel in the lions’ den (Daniel 6). 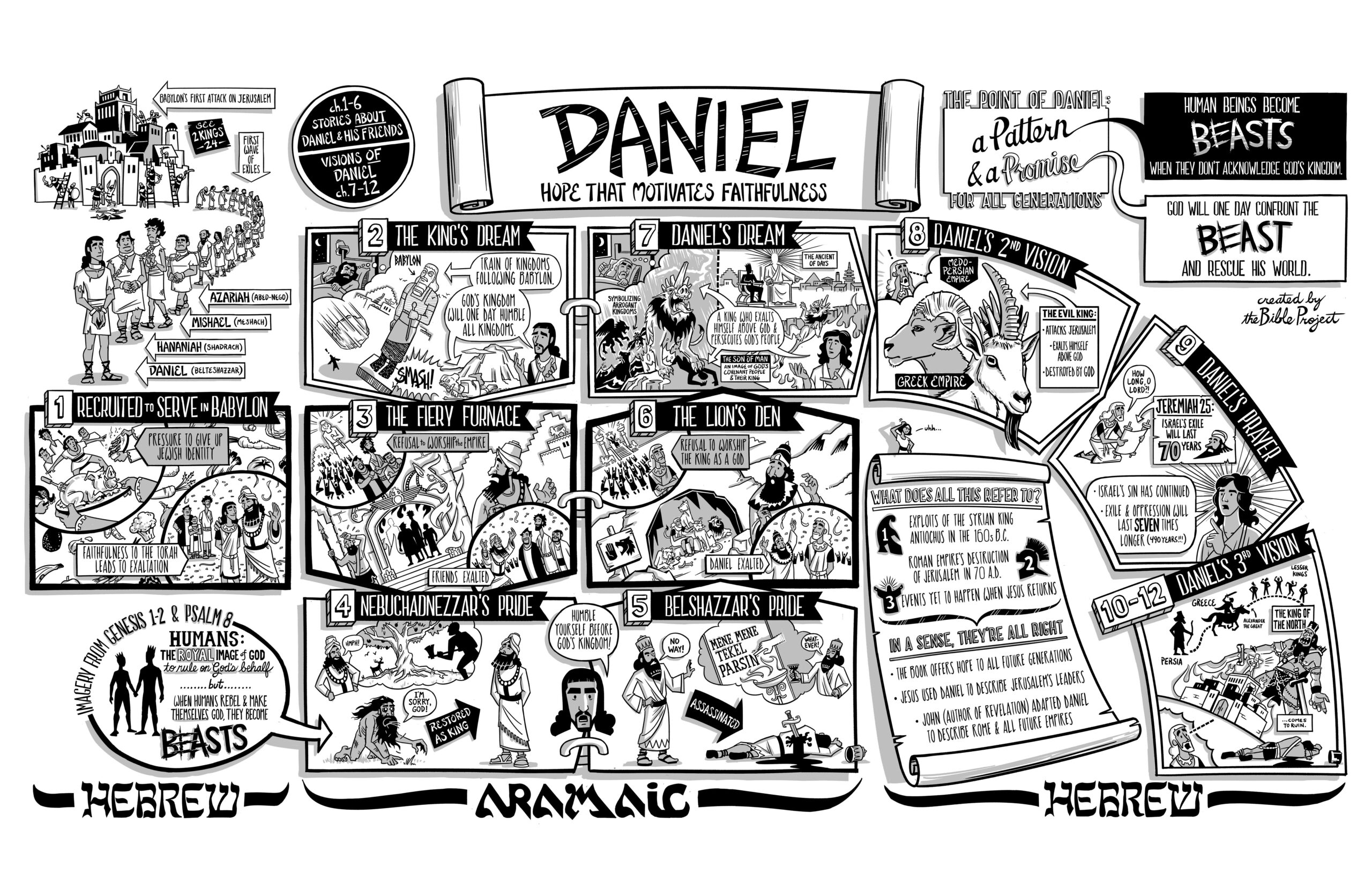 VII. Daniel’s Vision of the Four Beasts and the Ancient of Days, 7:1-28