Might the United States be in Prophecy?  Great Britain and Russia? (Daniel 7) 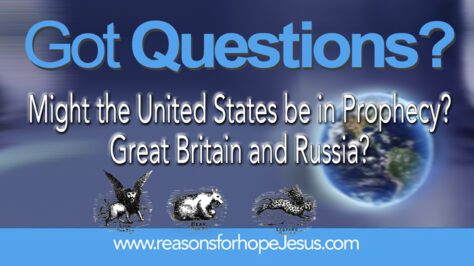 Many have asked, where is the United States in biblical prophecy?  Well, maybe.  I propose a possibility that the US might be in an ancient prophecy, but before considering the possibility, let’s first understand a principle used to interpret biblical prophecies.

The Law of Double Reference

The Law of Double Reference explains many prophecies, including those concerning the Babylonian Captivity, the return from Babylon, the dispersion of Israel, the regathering of Israel, the advent of Jesus, and many more.

The prophetic words of Gabriel, spoken to Mary (Luke 1:30-33) is one of the best illustrations of The Law of Double Reference.  Gabriel told Mary that:

The first four prophecies listed above were fulfilled in Jesus’ incarnation and His earthly ministry (near fulfillment in Jesus’ first advent). However, the prophecy of Jesus being given the throne of His father David and reigning forever is yet future (far fulfillment that will happen in Jesus’ second advent).

Applying the Principle of Near and Far Fulfillment in Daniel 2

We see throughout the book of Daniel prophecies of this nature.  In Daniel 2, Nebuchadnezzar’s dream was explained by Daniel to be prophetic of kingdoms during “the times of the Gentiles.”  From Babylon to the revived Roman empire, the “metal man” of Nebuchadnezzar’s dream foretold what was (Babylon) and what would come to pass (Medo-Persia, Greece, Rome, and the Antichrist’s kingdom).  (Read and review our chart: What is the Metal Man Statue of Nebuchadnezzar’s Dream in Daniel 2?)

Applying the Principle of Near and Far Fulfillment in Daniel 7

God gave Daniel a prophetic vision of four beasts and it’s recorded in Daniel 7.  These beasts are easily understood as kingdoms to come, but the prophecy is yet to be completely fulfilled. (See: What About the Beasts of Daniel 7? — A Different Perspective)

Another Possible Reference in Daniel 7?

We know that the prophecies of both Daniel 2 and 7 span the times of the Gentiles, revealing kingdoms to come and (near fulfillment), yet awaiting the fulfillment of the last kingdom (far fulfillment). But could there be another reference, yet to be fulfilled of the beasts in Daniel 7 that might include the United States? And possibly even Great Britain and Russia?  Or perhaps could there be a hidden meaning in this prophecy that might reveal these nations?  (That is known as a remez in Jewish hermeneutics — Read more remezes here)

I present this chart for your consideration. However, remember, as with any yet-to-be-fulfilled prophetic understanding, it might be correct or it might not be.  But it is an interesting thought that perhaps God has revealed not only the United States but also Great Britain and Russia in a far fulfillment of the Daniel 7 prophecy.

The Four Beasts of Daniel 7 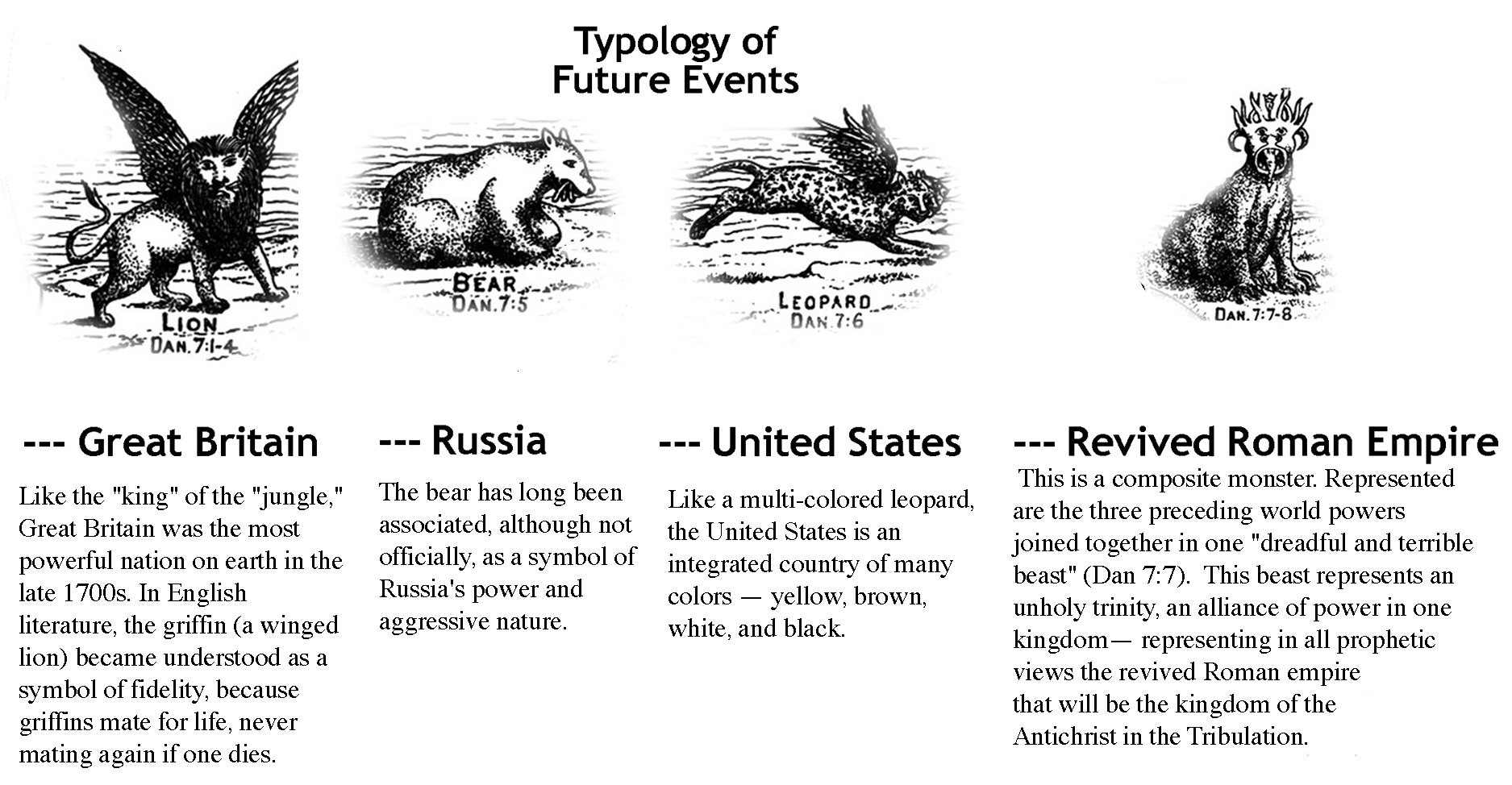 You might ask: if we consider that these beasts could be a prophecy of Great Britain, Russia, and the United States, then why aren’t they more clearly revealed in Daniel 7?

I would suggest that the Old Testament is primarily about the Jews under the Old Covenant. And Great Britain, Russia, and the United States are “kingdoms” (nations) during the Church Age under the New Covenant.  Therefore, it’s not surprising that they are not clearly revealed in Old Testament prophecy, making this far future fulfillment a remez (something hidden).

Again, what is presented here is simply for your consideration.  It could be wrong. Or it could be right.  But it is fun to think about such things. However, while prophecy can be both enlightening and encouraging, always remember to keep prophecy in the proper perspective.  As Christians, we don’t look for signs.

We know that wisdom comes from the Word of God.  Therefore, most of Paul’s, Peter’s, and John’s letters are about spiritual matters and instruction in righteousness.  We are not to seek after signs as Israel did (Mark 8:12, Luke 11:29)

The Bible tells us that we are to be looking unto Jesus, the Author and Finisher of our faith.

Turn Your Eyes Upon Jesus

Turn Your Eyes Upon Jesus