Is the Mark of the Beast a Tattoo? A Computer Chip? A Barcode? 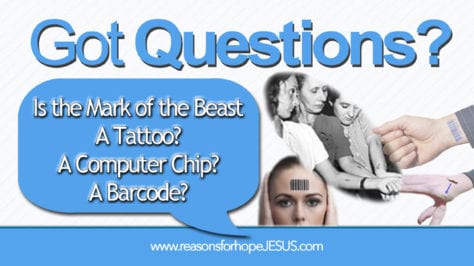 The Antichrist and His Mark

In the article What is the Mark of the Beast, we addressed that this mark will be:

We also looked at how the mark of the beast will seal those who take it–seal them to condemnation.  This will be a counterfeit of God’s work of sealing believers with His Holy Spirit–sealing them in salvation. (Read What is the Mark of the Beast)

Remembering that we cannot know with any certainty what this mark will be, let’s consider what some have suggested it might be.

Is the mark of the beast a tattoo?

For centuries people have supposed that this mark will be a cutting or a tattoo. Some have used this reasoning to say that getting a tattoo is a sin (Read:  Is a Tattoo a Sin?).  It has also been suggested that the tattoos forced upon Jews during World War II were a “type” of mark of the beast—however a different “beast.”  We know that Hitler was a “type” of the Antichrist.  We also know that he was a beast.  However, he was not THE Antichrist, or THE beast.

Since the marks tattooed on the Jews during WWII were identifiers, we can understand why some people think of those marks as having pre-figured the mark of the evil one in the end of days. There is some typology, however, there are

many significant differences. One is that whoever takes THE Antichrist’s mark will do so willingly, believing his lies, and pledging allegiance to him.  His mark will allow them freedom to buy and sell.  The marks placed upon the Jews were forced upon them by Hitler.  Those marks did not indicate any allegiance to him, nor did they allow the people any freedom to buy or sell…or even to live.

Is the mark of the beast a computer chip? 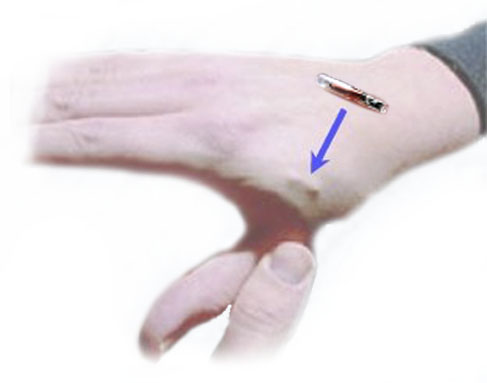 Many also think that the mark will be something inserted inside the body, probably some type of computer chip.  The King James Bible translation of Revelation 14:9 is used to support this reasoning. That verse says the mark will be “IN” the forehead or the hand (other translations say “on”).

Yes, the mark could possibly be “in” the skin, especially with RFID chips being the size of a grain of rice.  However, the KJV’s use of the word “in” does not validate this reasoning.  This verse in Matthew is also translated using “in” rather than “on:”

Matthew 6:10  Thy kingdom come. Thy will be done in earth, as it is in heaven.

When Jesus returns and sets up His earthly Kingdom to do His fathers work, we know that it will be “on” the earth not “in” the earth.

Is the mark of the beast a barcode?

Since 1974 with the introduction of the first UPC (Universal Product Code), there has been growing speculation that the mark might be a barcode.

A barcode is an optical machine-readable representation of data that relates to  the object to which it is attached. Because barcodes are used for identification purpose on almost every product imaginable, it’s no surprise some suggest a barcode could serve the purpose of identifying allegiance to the Antichrist.  Some have even suggested that all barcodes contain the number 666.  Is that true?

Barcodes are made up of 13 vertical lines representing numbers. Some claim that the number six is found at the beginning, middle and end of all barcodes.  However, that claim is not true.

The misunderstanding arises because the number six is represented by a pattern similar  to that of the  guard bars.  Since these three guard bars are used to mark the beginning, middle, and end of every barcode, people have mistakenly claimed that the number 6-6-6 is found in every barcode.

What do we know?

First of all, what we know is that we do not know.  The Bible does not tell us what the mark of the beast will be.

Additionally, we know that if someone gets a tattoo during the time in which we live (the Church Age), or even if someone has a computer chip implanted (it’s already being done with animals), it can NOT be the mark of the beast.  It can’t be “his mark” for two reasons:

Finally,  and most important, we know for certain that we do not want anyone to enter into the Tribulation and face the possibility of taking the mark of the beast.  No one knows when Jesus will come for His Church, so we want everyone to come to Jesus today.  The Bible tells us… NOW is the Day of Salvation (2 Corinthians 6:2)

Those who repent and trust in Jesus will be saved and will be taken to Heaven to be with Jesus, PRIOR to the beginning of the Tribulation.

Therefore, the only way to be guaranteed that family, friends and acquaintances will never take the mark, is to help them come to saving faith in Jesus NOW.

You should not be too concerned about things in the end times.  Instead, learn what you can from God’s Word about what is prophesied.  Then be motivated to go forth and share the gospel of saving grace with someone today.

More on this subject: