The one who fights for me is King of kings! Breast Cancer Post #5 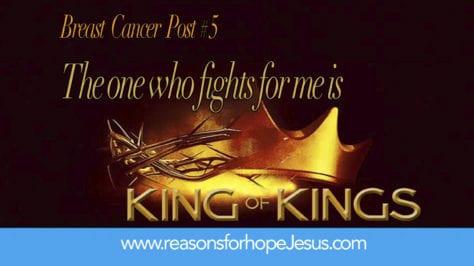 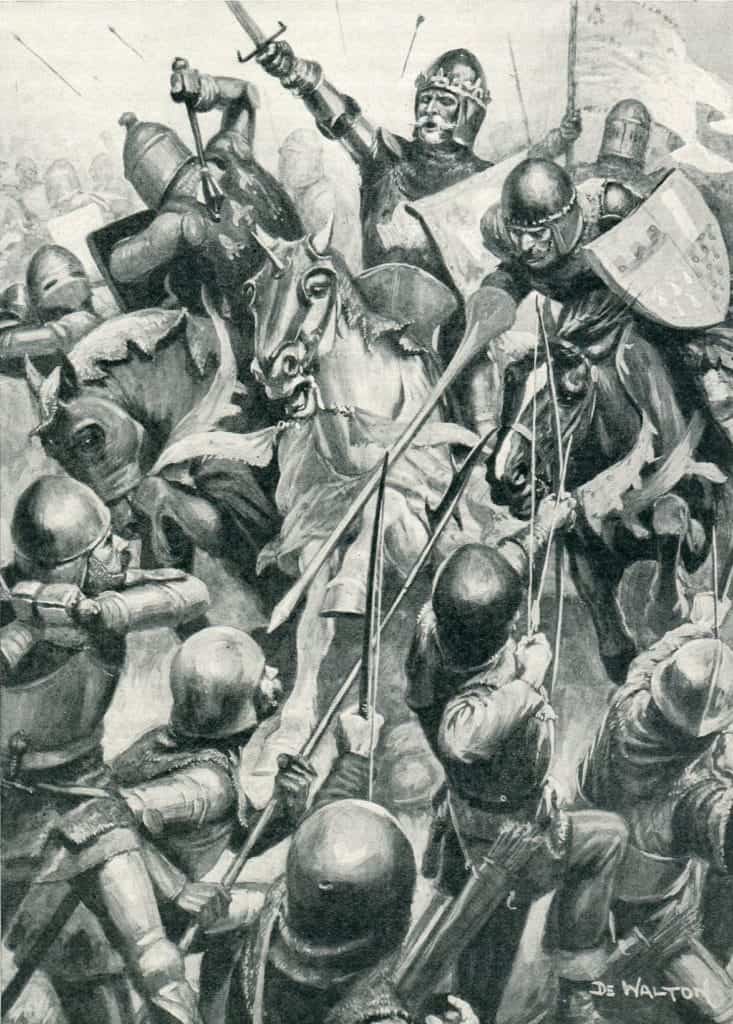 King John of Bohemia was 14 when his father arranged his marriage to Elisabeth, the sister of the deceased King Wenceslaus III of Bohemia. He was therefore considered to be an ‘alien king’ and was not well-liked by his people. When he was 39 or 40 he lost his eyesight crusading in Lithuania.

It was at the Battle of Crecy in 1346 that King John was said to have asked the men around him to direct him into fighting. So his men all tied their horses together and then tied their horses to his so that they would not lose him in the fray. In the midst of the fighting, he blindly swung his sword and was able to kill several men before he and his men were killed.

Kings had to prove to be the bravest and strongest of all their mighty men, and be able to lead them into battle. This valiant yet voluntary duty continued up through the 20th century.

A Greater King is My King

There is one king who has not left this rank, one who is called KING OF KINGS, AND LORD OF LORDS (Revelation 19:16), thou King of saints (Revelation 15:3), THE LORD OUR RIGHTEOUSNESS (Jeremiah 23:6). He hath prepared his throne in the heavens; and his kingdom ruleth over all (Psalm 103:19). He has a name which is above every name: That at the name of Jesus every knee should bow, of things in heaven, and things in earth, and things under the earth; And that every tongue should confess that Jesus Christ is Lord, to the glory of God the Father. (Philippians 10&11) This very King shall fight for you, and ye shall hold your peace. (Exodus 14:14)

This fundamental doctrine should be all we need to brave the big battles we occasionally and undoubtedly will face, as well as the little battles we deal with on a regular basis.

He Goes Before Me in My Battle

My recent considerable battle was surgery; a modified radical double mastectomy. Scary? Yes! Was I comforted knowing that my King was fighting for me? Yes, Yes, Yes! Am I certain I will be cancer-free with no complications? No, and that’s alright because I am certain that I love Him, And we know that all things work together for good to them that love God, to them who are the called according to his purpose. (Romans 8:28) If His purpose for me is to have complications, then I am certain it is one of the ‘things’ that are working together for good. So, into the operating room I go – with my amazing King on the frontline!

I thought I would be ‘out’ before being wheeled into the OR, but I wasn’t. (What an interesting room this is might I say!) The entire operating team was introducing themselves to me and prepping me. They asked what music I wanted to listen to and I said I am a Christian and would love to hear some Christian music. “How Great Thou Art” came on. Not only was it so beautifully timed for me to hear praise to my God at that moment, but these lyrics of the gospel were heard in everyone’s ears

… And when I think that God, his Son not sparing, Sent him to die, I scarce can take it in, That on the cross, my burden gladly bearing, He bled and died to take away my sin.

They were all listening. My surgeon held my hand and closed her eyes through it. I remember saying to her, “What a wonderful thing this is you guys do here.” She nodded her head. I couldn’t believe that not only did I have such peace in this moment, but that everyone in the room was hearing this wonderful song, and it’s words of life. As I was praying for it to open their hearts to Jesus, I drifted off to sleep.

How Great Thou Art!