Not a lot is known about Nahum.  We do know that his name means consolation and, interestingly, Nahum’s message was to be a consolation, or comfort, to Judah.  It was to be a reminder that God will judge the wicked.   We also know that Nahum was from Elkosh, a village in Galilee, proving false the statement in John 7:52  made by Jewish rulers that “out of Galilee ariseth no prophet.”   In addition to Nahum (Na 1:1), Jonah (2 Ki 14:25) and Elijah (1 Ki 17:1) were also from Galilee.

Nahum, like Obadiah, is a prophet of God with a message about a Gentile nation.  Obadiah prophesied of the coming judgment that would come to Edom and Nahum spoke of judgment on Ninevah.  Both spoke their messages in Judah.

Nahum’s message was, Nineveh will be destroyed! In three chapters, almost every verse speaks of the destruction of the great Assyrian city that took place in 612 B.C.  More than 100 years earlier Jonah had prophesied God’s message of coming judgment to the people of Ninevah. The king and all the people of the city repented and it’s estimated more than 600,000 people turned to the God of Israel.  Sadly these people did not pass down the knowledge of the Lord to their children and the people quickly reverted to their cruel and heathen practices. In 722 they had destroyed the Northern Kingdom, Israel and attempted to capture Jerusalem in 701.

The character of God is magnificently described in chapter 1, especially verses 2-8.  Chapter 2 tells of the destruction of Ninevah and God’s reason for destroying Ninevah is clearly revealed in the Ninevites wickedness spoken of in 3:1, 4. 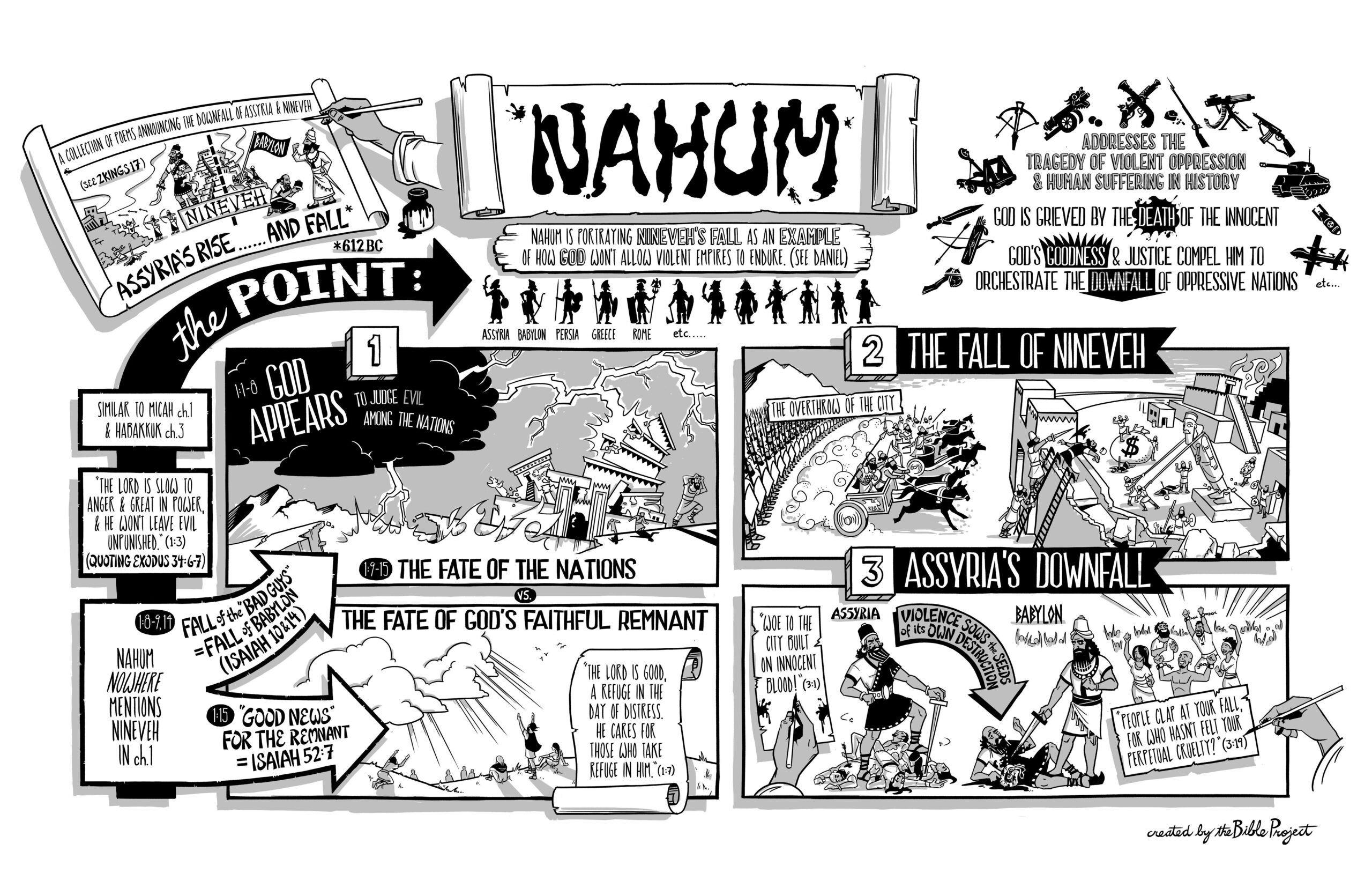