We don’t know much about the person of Hosea, but we do know his character.  Like his contemporary, Amos, he prophesied to the Northern Kingdom (Israel) at the same time that Isaiah and Micah were prophesying to the Southern Kingdom (Judah). The Northern Kingdom was living in great material prosperity, sadly accompanied with spiritual bankruptcy, under Jeroboam II (782-753). The military strength of the Northern Kingdom brought pride, but by 732 B.C. Damascus had fallen to the Assyrians and by 722 the capital of Israel, Samaria, fell and the people were deported. Some of the specific sins Hosea denounces are listed in Hosea 4:2, 4, 11-13; 5:2; 6:8-9; 7:1, 5; 8:14; 10:1, 4; 13:2.

Hosea was unlike other prophets.  His message was delivered by the actions in his life as well as his words.  God told Hosea to marry a prostitute named Gomer and Hosea was obedient.  In her unfaithfulness, Hosea was to remain faithful and steadfast in his love for her.  His persistence and seeking after his unfaithful wife would eventually bring reconciliation.  The story of Hosea’s love for Gomer is a picture of God’s love for His people Israel and His faithfulness to one day restore them.

Chapters 1-3 detail the prophet’s domestic life. The rest of the book records prophesies given during 50-years of his speaking God’s words. He clearly prophesied of the sins of the people, the certainty of impending judgment, and the assurance of God’s faithfulness and love. 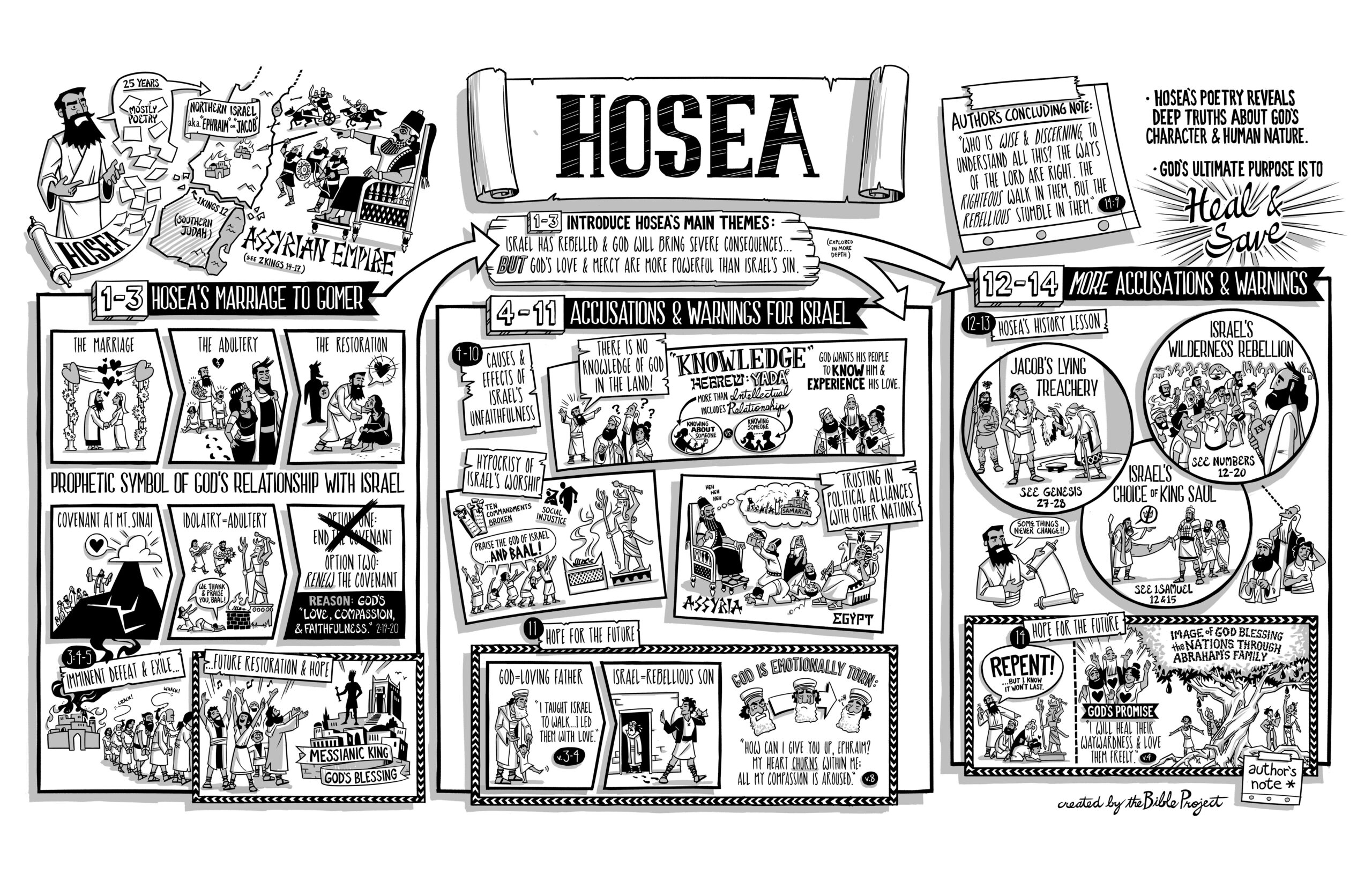