We do not know who wrote the book of Esther, but it is believed that the author was a Jew (Jewish nationalism is clear in the book).  The author recorded details of the reign of Ahasuerus and the palace in Susa. The book was written after the close of Ahasuerus’s reign (written of in the past tense, Est 10:2-3).

The events of this book cover 10-years (483-473 BC) of the reign of Xerxes I (486-465 BC). Ahasuerus is the Hebrew form of his name, equivalent to the Persian Khshayarsha and the Greek Xerxes. The events recorded in Esther occurred between those recorded in the sixth and seventh chapters of Ezra.

Interestingly, the name of God is not mentioned in this book.  However, His sovereignty and providence are clearly on display in the book:  From Vashti’s dismissal, Esther’s rise to royalty, Ahasuerus’s indebtedness to Mordecai, to the miraculous deliverance of the Jews, God’s control, care, and comfort for His people is demonstrated (Ps. 121:4). The Jews celebrate the events of this book with the feast of Purim on the fourteenth day of Adar (Feb.-Mar.). During this feast they celebrate the nation’s deliverance from evil Haman, an Agagite who was determined to annihilate the nation.

Esther 4:14 is the best-known verse in the book. It emphasizes the theme of God’s control of all events and His purpose and plans in all things. 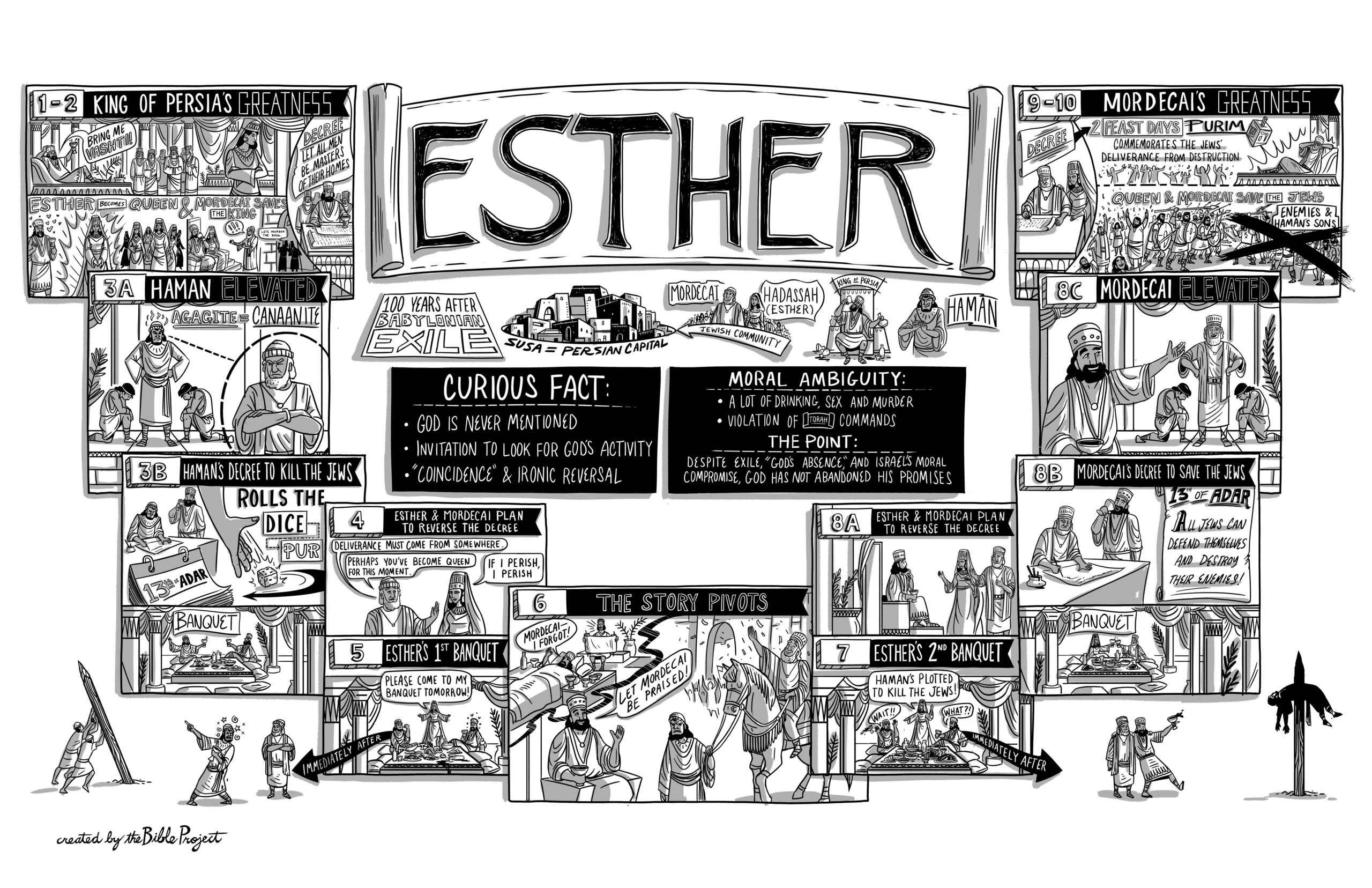