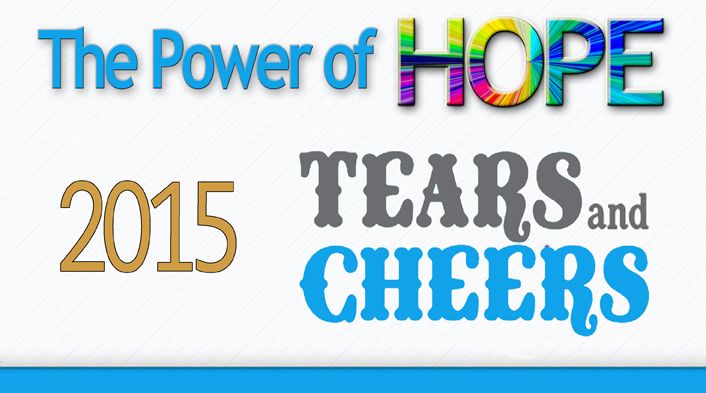 As 2015 draws to a close, I’ve been thinking of some of the highlights (the “yeas”) and some of the “lowlights” (the “nays”) of the past year.   There are many “yeas” and “nays,” but today I share only three of each.  This list is certainly not all-inclusive, nor is it a ranking of importance. This is simply six news stories from 2015 that struck me as significant when I sat down to write this article.

The three “nays” that came quickly to mind are a reminder of how much our country has changed and subverted God’s plan for man, woman and the family.

It’s hardly worth re-hashing what took place earlier this year.  As Christians, we know that woman was taken out of man’s side and formed to be a helper by his side.  We also know that man and woman are to be joined together and they become one.  The idea that a man could become a woman (or even a woman become a man) not only defies God’s pattern in creation of mankind, but also God’s purpose for man’s being.  It is also playing God–taking into one’s own hands and subverting that which God has intended and created.  Let’s remember that DNA proves whether someone is a male or a female…and all the surgeries in the world doesn’t change one’s DNA.

Some time ago, the LGBT movement adapted the rainbow to mean something that it does not mean.  When God put the rainbow in the sky following the Great Flood, He clearly told man that this spectrum of color was a promise of His faithfulness.  Never again would God judge the sin of the world with a world-wide flood (Genesis 9:13-16).  Since that time, the rainbow has been a symbol of God’s faithfulness and they should be a reminder of His mercy and grace.

Rainbows appear after storms.  They radiate as an arc in the heavens with the most brilliant of colors.  For studious Bible readers, the beautiful colors  (red, orange, yellow, green, blue, indigo and violet) evoke thoughts of a glorious throne room, in the Heaven of heavens, and the radiance of color that is above the King of kings (Revelation 4:2-3).  The LGBT “hi-jacked” the rainbow (albeit one color short) for their banner and proclaimed it to be a symbol of gay pride.  Since they didn’t create the rainbow, they have no legitimate claim to their proclamation of the rainbow representing something other than what God created it to be.  (for more information, read, Why did the LGBT use God’s rainbow for their flag?)

In 2015 it happened again.  The rainbow was “hi-jacked” to be used to represent and promote the LGBT agenda on corn chips.  In September of 2015, Plano, TX based Frito Lay created a limited-edition Doritos chip “to celebrate and support” the lesbian, gay, bisexual and transgender community.  The chips were made available first at Dallas’ Pride festival and parade and the “limited-edition” chip was distributed until early October.  The chips were only available by making a contribution of $10 or more to an anti-bullying project.  What will be next?

John 1:2  [Jesus] was in the beginning with God. All things were made through Him, and without Him nothing was made that was made. In Him was life, and the life was the light of men.  And the light shines in the darkness….

The three “yeas” that came quickly to mind are reminders of hope. With all the sin in the world, we must remember that Jesus has come and conquered both sin and death.  We also know that one day, He will come again and restore all things.  Until that time, we must celebrate the events that will grow the Kingdom of God on earth.

Franklin Graham announced he will visit all 50 states in 2016 with the Decision America Tour.  “America is in a moral nose-dive,” says Graham, “and the only hope is the Church of Jesus Christ.”  Graham will conduct prayer rallies, gathering Christians to seek God’s guidance in 2016 and mobilizing them to unite in prayer for our nation.  Our nation is at a crossroads.  Will we (the people of our nation) turn back to God and seek His will and way?  Or will our nation continue on a path moving further and further away from the biblical foundation upon which it was founded.  Turning the hearts of people to God could bring revival and change our nation’s direction.  We cheer that Franklin Graham is taking a bold stand and rallying our nation to pray!  Look for the prayer rally in your state.

2) Family Channel responds to pressure and will change it’s name.

Family Channel will change it’s name to Freeform after pressure from groups such as One Million Moms.  The channel that originally launched from Virginia Beach in 1977 by evangelist Pat Robertson has become less about family programming and more about secular (even anti-Christian) content.  The new name of “Freeform” is thought to be more representative of its content…and I suppose it is.  Billed as a channel for inquisitive spirits to grow and ask questions, and with shows like “Pretty Little Liars” and “Black Jesus,” I would suggest that a more appropriate name would have been “Anything Goes.”  This is a “yea,” and we cheer, because at least “Freeform” better represents the channel’s offerings of highly diverse media, from family-friendly (we hope there’s still some of that) to profane and blasphemous content….and everything in between.