Can Jews go to Heaven without knowing Jesus? 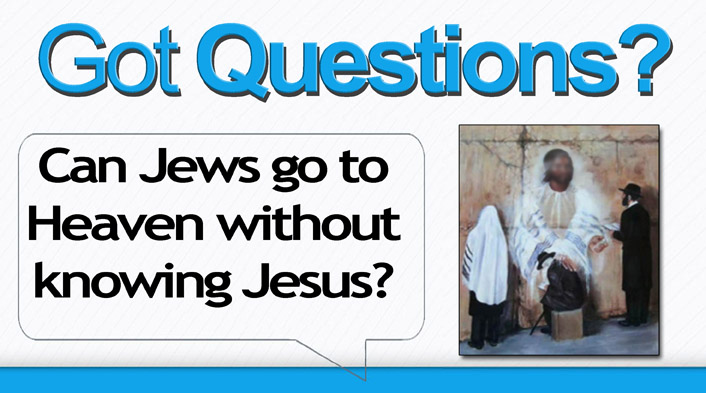 Because the Israelites are the chosen people of GOD will they and all the descendants of David be accepted into Heaven even if they do not accept Christ as their personal Savior? They must be living in the will of God and acknowledge him as Lord, the living God, right?

We know and understand that, from the calling of Abraham, God was preparing a people to be holy unto Himself.  Holy means that they would be separate from the nations, set apart for God.  It was God who raised up Abraham, Isaac, and Jacob to father the nation that would become Israel.  These patriarchs were not special, but they were chosen—chosen and given unmerited favor to be God’s instrument to bring about His plan and purpose in redeeming mankind.

Being a part of the nation of Israel did not guarantee entrance into Heaven prior to the cross. Nor does it during this time that we call the church age.  Salvation in every dispensation (every time period) has always been by the grace of God through faith in God.

Prior to Jesus’ earthly incarnation, the people did not know God’s full plan of redemption.  They did, however, know that God had promised to send a Rescuer to save them.  In the Garden of Eden, God promised a Seed to come (Genesis 3:15) and He confirmed that promise to Abraham, revealing the Seed would come through His line (Genesis 15).  “Salvation is of the Lord” (Jonah 2:9), so it was trusting faith—faith in the God of Abraham, Isaac, and Jacob—that brought salvation to the people of Israel prior to the cross.

Faith of the Old Testament Saints

Hebrews 11, the “Hall of Faith,” clearly proclaims that the faith of the Old Testaments saints was in the God who they knew—the God of Promise. This chapter commends the faith of Abel, Enoch, Noah, Abraham, and Sarah.  Verse 6 reminds us that “without faith it is impossible to please [God]: for he that cometh to God must believe that he is, and that he is a rewarder of them that diligently seek him.”

The Old Testament saints pleased God by their faith in Him and His promises, not their works.  However, their works were a demonstration of their faith.  Verse 13 tells that “These all [the Old Testament saints mentioned] died in faith, not having received the promises, but having seen them afar off, and were persuaded of them, and embraced them, and confessed that they were strangers and pilgrims on the earth.”

It is only by the grace of God, through faith in Him, that any person will be received into Heaven at death.  There is nothing we can do, it is only by God’s grace:

Ephesians 2:8-9  For by grace are ye saved through faith; and that not of yourselves: it is the gift of God. Not of works, lest any man should boast.

The Old Testament saints had faith in God, as He revealed Himself to them.  But the cross changed everything.  God revealed Himself more fully, and in a greater way, when He sent His Son.  With the life, death, burial and resurrection of Jesus, the promises that had been “afar off” became real and present.  In His earthly ministry, Jesus clearly taught that His mission was to “give His life a ransom for many” (Matthew 20:28, Mark 10:45) and that He would be the only way to the Father (John 14:6), therefore the only way to Heaven:

John 3:16  For God so loved the world, that he gave his only begotten Son, that whosoever believeth in him should not perish, but have everlasting life.

John 11:25  Jesus said unto her, I am the resurrection, and the life: he that believeth in me, though he were dead, yet shall he live:

When Jesus spoke those words, He was speaking to Jews.  Jesus Himself told us that He had come to the Jews, to “the lost sheep of the house of Israel” (Matthew 15:24).  He is the Promised Seed of Genesis 3:15 and He is the only way to Heaven.

The answer to the question, “Can Jews go to Heaven without knowing Jesus?” is NO!  Remember, it is only because of Jesus’ righteousness given to us (2 Corinthians 5:21) that anyone is found worthy to enter into Heaven.   Peter (a Jew) confirmed this when he proclaimed to the people of Israel:

Acts 4:10-12  “…let it be known to you all, and to all the people of Israel, that by the name of Jesus Christ of Nazareth, whom you crucified, whom God raised from the dead, by Him this man stands here before you whole.  This is the ‘stone which was rejected by you builders, which has become the chief cornerstone.’ Nor is there salvation in any other, for there is no other name under heaven given among men by which we must be saved.“

Paul (a Jew, a “Hebrew of the Hebrews” Philippians 3:5) clearly taught the only way to God is by grace through faith in the Lord Jesus Christ and His finished work on the cross and His resurrection from death.  Paul was clear that this is true for both the Jew and the Gentile.  Jesus is the One who makes man worthy to enter into Heaven and into the presence of God.

Romans 10:9-13  That if thou shalt confess with thy mouth the Lord Jesus, and shalt believe in thine heart that God hath raised him from the dead, thou shalt be saved.  For with the heart man believeth unto righteousness; and with the mouth confession is made unto salvation.  For the scripture saith, Whosoever believeth on him shall not be ashamed.  For there is no difference between the Jew and the Greek: for the same Lord over all is rich unto all that call upon him.  For whosoever shall call upon the name of the Lord shall be saved.

Yes, Israel had been chosen by God for His purpose and plan, and they had been prepared to receive their Messiah.  But they failed to recognize Him.  With the life, death, burial and resurrection of Jesus, the old Levitical sacrificial system for the atonement of sins was fulfilled.  The apostle Paul makes it perfectly clear that the atonement for sins is by the blood of Jesus alone.

1 Timothy 2:5  For there is one God, and one mediator between God and men, the man Christ Jesus.

Hebrews 9:22, 10:4, 19  …without shedding of blood is no remission [of sins]….For it is not possible that the blood of bulls and of goats should take away sins…Having therefore, brethren, boldness to enter into the holiest by the blood of Jesus.

Those who trust in Jesus and His finished work on the cross have been saved by Him.  They are now God’s chosen people (Ephesians 1:4) and, just as with Israel, not because they are special, but because our Saviour is special.  He is merciful and gracious and has the power to redeem and regenerate a repentant sinner.

We are now under the New Covenant and the Old has passed away (Hebrews 8:13).  Therefore the people of Israel (Jews) who live at this time are no different than the gentile nations.

If you know a Jewish person, whether devoutly religious or simply Jewish by descent, their heritage will not save them.  Descendants of David will not enter Heaven unless they repent and trust in the revealed Son of God, the Son of David, the Messiah, the King of kings, the Lord of lords, the Lord Jesus Christ.  They must understand their sins and their need for a Saviour.  They must repent and trust in Jesus, “the One Mediator.”  If they do, He is faithful and will forgive them and give them eternal life and the inheritance of Heaven.

John 17:3  And this is life eternal, that they might know thee the only true God, and Jesus Christ, whom thou hast sent.

Be compassionate and loving, and tell Jewish people about the suffering servant of Isaiah 53.  He lived and died that they might have life.  He is “the way, the truth and the life” (John 14:6) and no one will go to Heaven except through Him (1 Timothy 2:5).

1 John 5:20  And we know that the Son of God has come and has given us an understanding, that we may know Him who is true; and we are in Him who is true, in His Son Jesus Christ.

Help Jewish people to recognize Yeshua Ha Mashiach, Jesus the Messiah, and help them to repent and trust in Yeshua Ha Moshia, Jesus the Saviour. 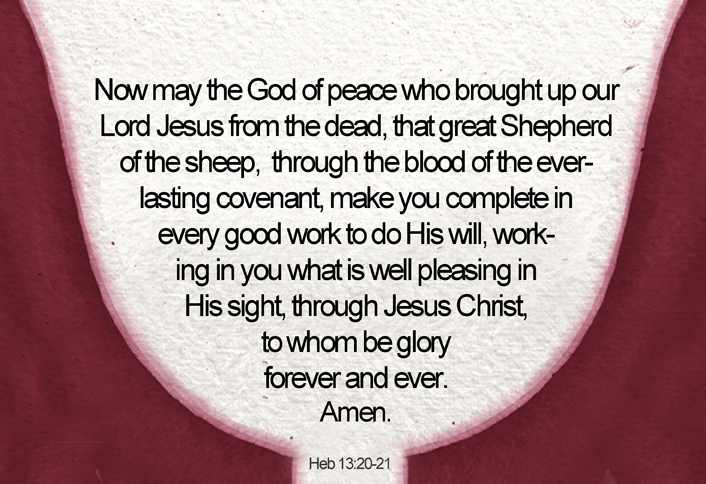 A friend reminded me of another relevant passage after he read this article:

Romans 10:1-4  Brethren, my [Paul’s] heart’s desire and prayer to God for Israel is, that they might be saved. For I bear them record that they have a zeal of God, but not according to knowledge.  For they being ignorant of God’s righteousness, and going about to establish their own righteousness, have not submitted themselves unto the righteousness of God.  For Christ is the end of the law for righteousness to every one that believeth.

Remember, the Law has no power to save.  Only Jesus saves!

Read this week’s Power of Hope:  Peter and the Wolf?