The term Lamentations is from a Greek verb meaning “to cry aloud.”  Crying aloud accurately describes this book, which consists of five melancholy poems of mourning over the utter destruction of Jerusalem and the Temple by the Babylonians.

A consensus of Jewish tradition attributes authorship of this book to the prophet Jeremiah. A superscription to this book in the Septuagint (Greek translation of the Old Testament) and Vulgate (Latin Bible) reads in part, “Jeremiah sat weeping and lamented with this lamentation over Jerusalem.”  Additionally, there are many similarities between the books of Jeremiah and Lamentations and Jeremiah is connected with this type of literature in 2 Chronicles 35:25.

From 588 to 586 B.C., the Babylonian army besieged Jerusalem (2 Kings 25:1-10). Judah’s ally, Egypt, had been defeated, and Jeremiah’s repeated warnings to the Jews had been rejected. As Babylon’s stranglehold on Jerusalem tightened, people were starving, yet they continued to turn to idols for help. Finally, the walls were breached, the city secured and plundered, the Temple, palace, and other buildings burned, and prisoners deported to Babylon. Having witnessed these horrible events, Jeremiah composed these laments.

The book consists of five poems, one for each chapter, the first four being written as acrostics (each verse beginning with a word whose first letter is successively one of the 22 letters of the Hebrew alphabet–except in chap. 3 where three verses are allotted to each letter). These four chapters are also written in what is called “limping meter,” a cadence used in funeral dirges, and thus most appropriate for this lament over the destruction of Jerusalem.

The Jews read this book publicly every year on the ninth day of the month of Ab (about mid-July) in commemoration of the destructions of Jerusalem in 586 B.C. (by the Babylonians) and in A.D. 70 (by the Romans). Roman Catholics use it during the last three days of Holy Week. The concern of the book reminds one of Jesus’ burden over Jerusalem (Matt. 23:37-38). The best-known verses in the book are undoubtedly Jer 1:12a and Jer 3:22-23. 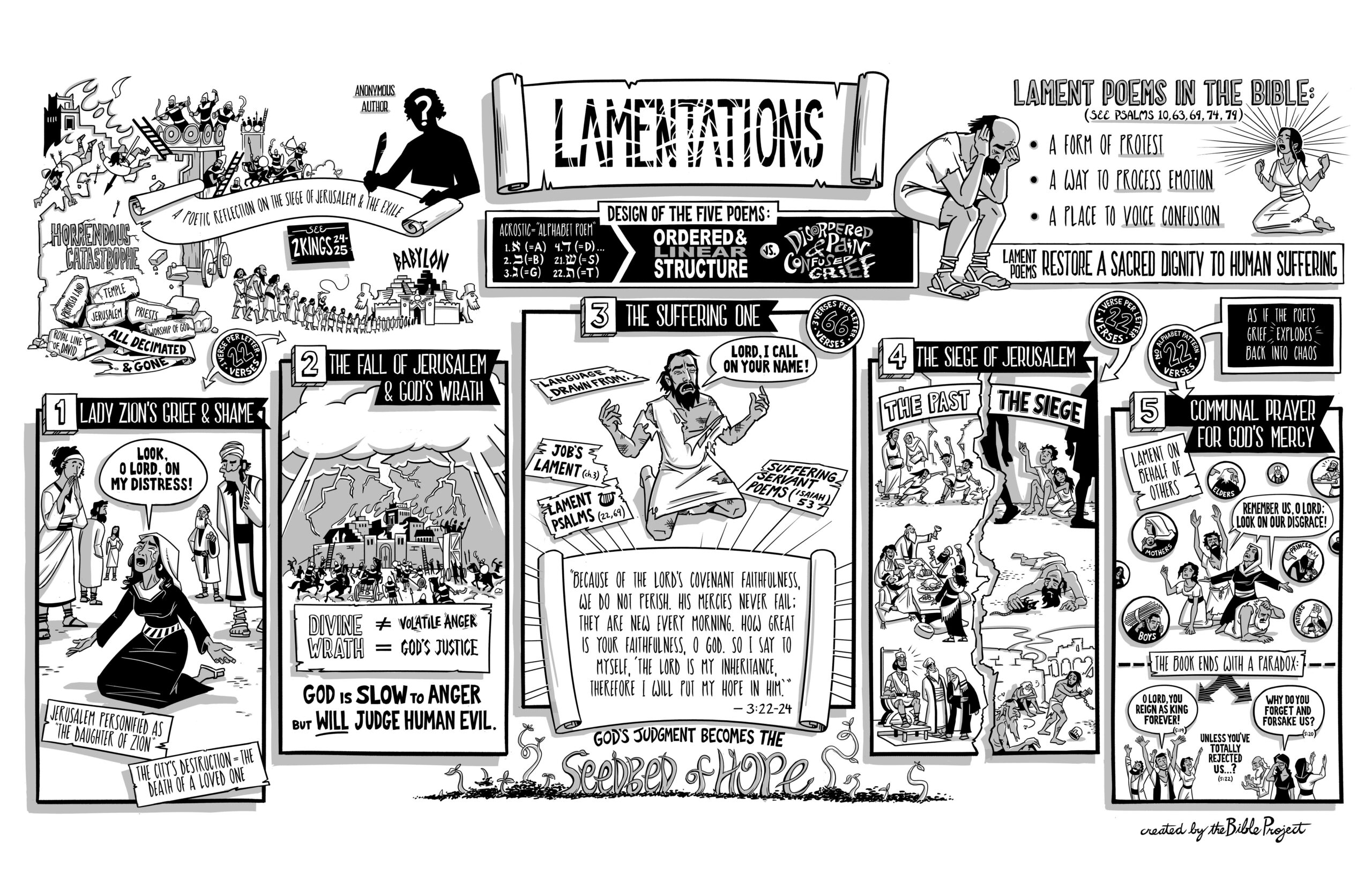