Haggai (whose name means “my feast”) was the first prophetic voice after the Babylonian Exile. He was a contemporary of Zechariah and is believed to have returned from Babylon with him (this was also at the time of Confucius).  God called Haggai to prophesy to the people to finish the Temple, which had been started 15 years earlier when they returned from Babylon but construction had ceased when opposition arose.

Haggai’s prophecies were given between August and December 520 B.C. and the Temple was completed four years later. The book is addressed to all the people (Hag 1:13; 2:2), but the message is also particularly addressed to Zerubbabel, the governor, and to Joshua, the high priest (Hag 1:1; 2:2, 21). 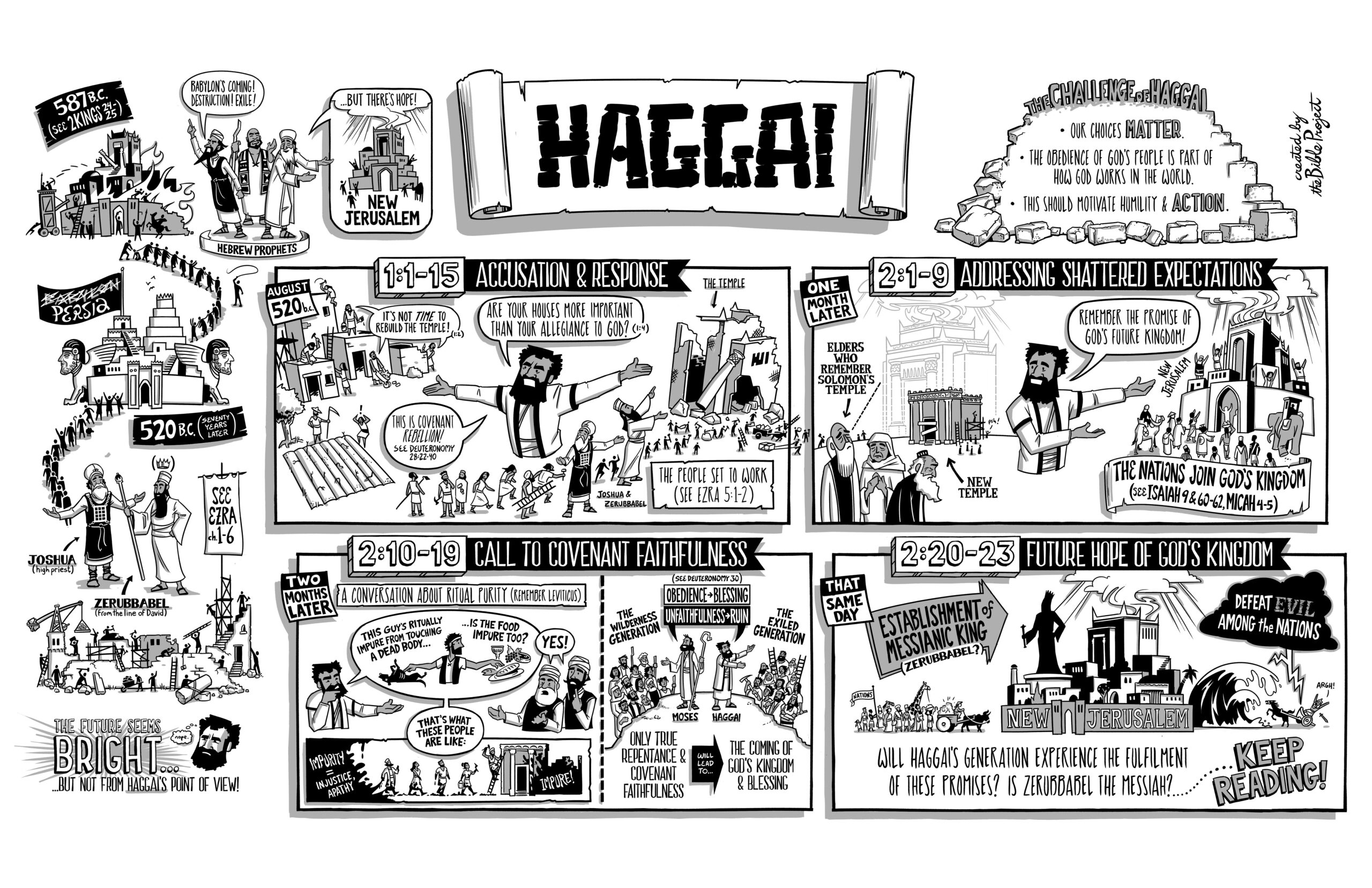