Amos was a shepherd and a fig farmer (Amos 7:14) in the southern village of Tekoa in Judah (a village 10 mi, or 16 km, S of Jerusalem).  God called Amos (7:15) and sent him to Bethel to prophesy of His coming judgment on the Northern Kingdom of Israel.  The Northern Kingdom had set up two idolatrous religious centers, Dan in the north and Bethel in the south.  Bethel was on the southernmost border of Israel, 10 1/2 miles north of Jerusalem.   His prophesying was met with great opposition and defiance and he returned to Judah where he penned God’s message.

The theme of the book is God convicting the people of their sins of paganized worship, self-sufficiency, and selfishness.  Amos prophesies of God’s impending judgment by proclaiming God’s words of “I will…” [do something] 52 times.

Amos declared that Israel’s privileged position should have been an incentive to righteous living, not an excuse for satisfying sinful desires.  The book of Amos was written 3,000 years ago, but this book remains relevant for today. 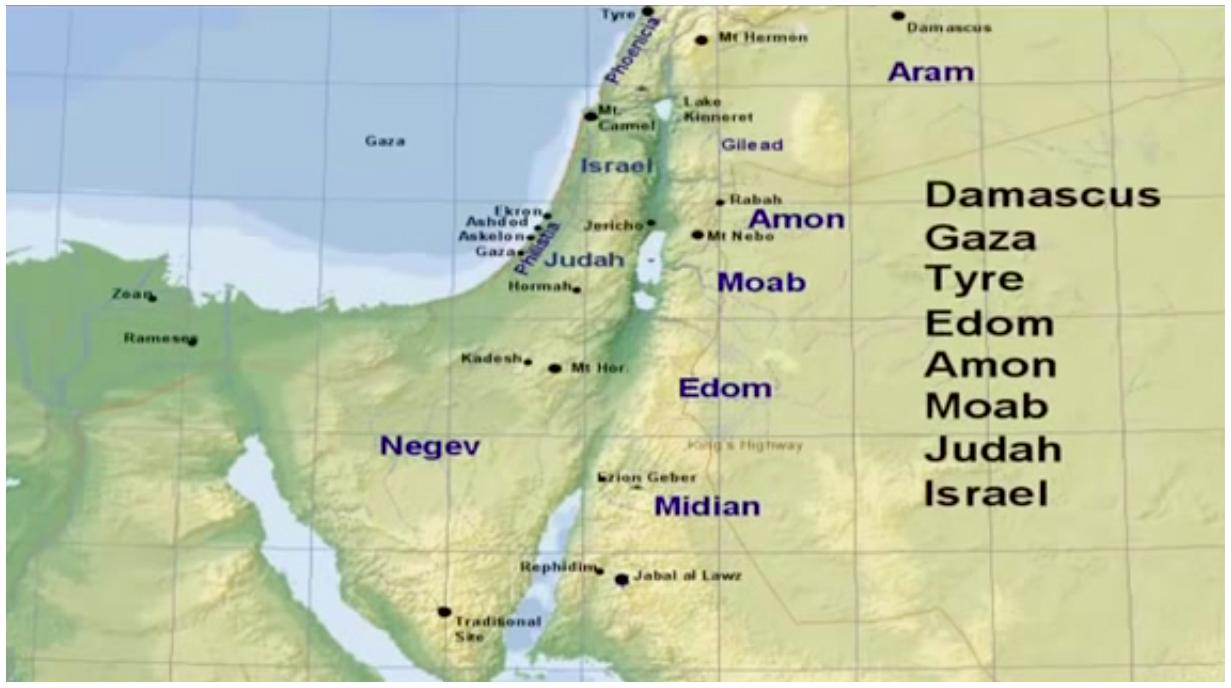 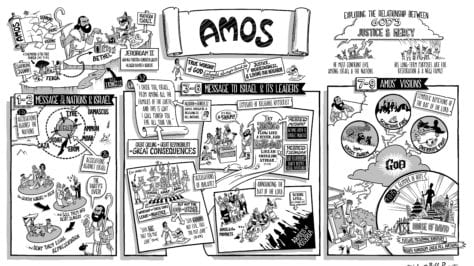