Song of Songs Overview and Outline

The Hebrew title for this verse comes from verse 1.  It is The Song of Songs, which means “the most superlative, or best, of songs.”  The English title, also from verse 1, is The Song of Solomon, which designates the author.  Another title, the Canticles, meaning simply “songs,” is derived from the Latin.

Verse 1 asserts that Solomon wrote this song (among the 1,005 that he wrote, 1 Kings 4:32), although it’s noted that the verse may also be translated, “The Song of Songs, which is about or concerning Solomon.”  However, this is not a compelling reason to think Solomon was not the author.  The contents of the book, and what is known about the abilities and wisdom of Solomon, support attributing authorship to Solomon.

Some have tried to regard this book as allegorical.   They suggest that fictional characters are used to teach about God’s love for His people. This nonhistorical view is contrary to all principles of normal interpretation and must be rejected.

The book should be read and understood as a historical record of the romance between Solomon and a Shulamite woman. The story in the book portray the joys of love in courtship and the rightful place of physical love, within marriage only, is clearly established and honored. While Solomon is not a good example of marital devotion (he had many wives and concubines, 140 at this time, 6:8, and many more later, 1 Kings 11:3), the book records a virtuous love relationship and perhaps the only pure romance he had.

Song of Songs is a lyric poem in dialogue form.  It tells of the king who comes in disguise to the family vineyard of a Shulamite woman, wins her heart, and ultimately makes her his bride.

OUTLINE OF THE SONG OF SONGS 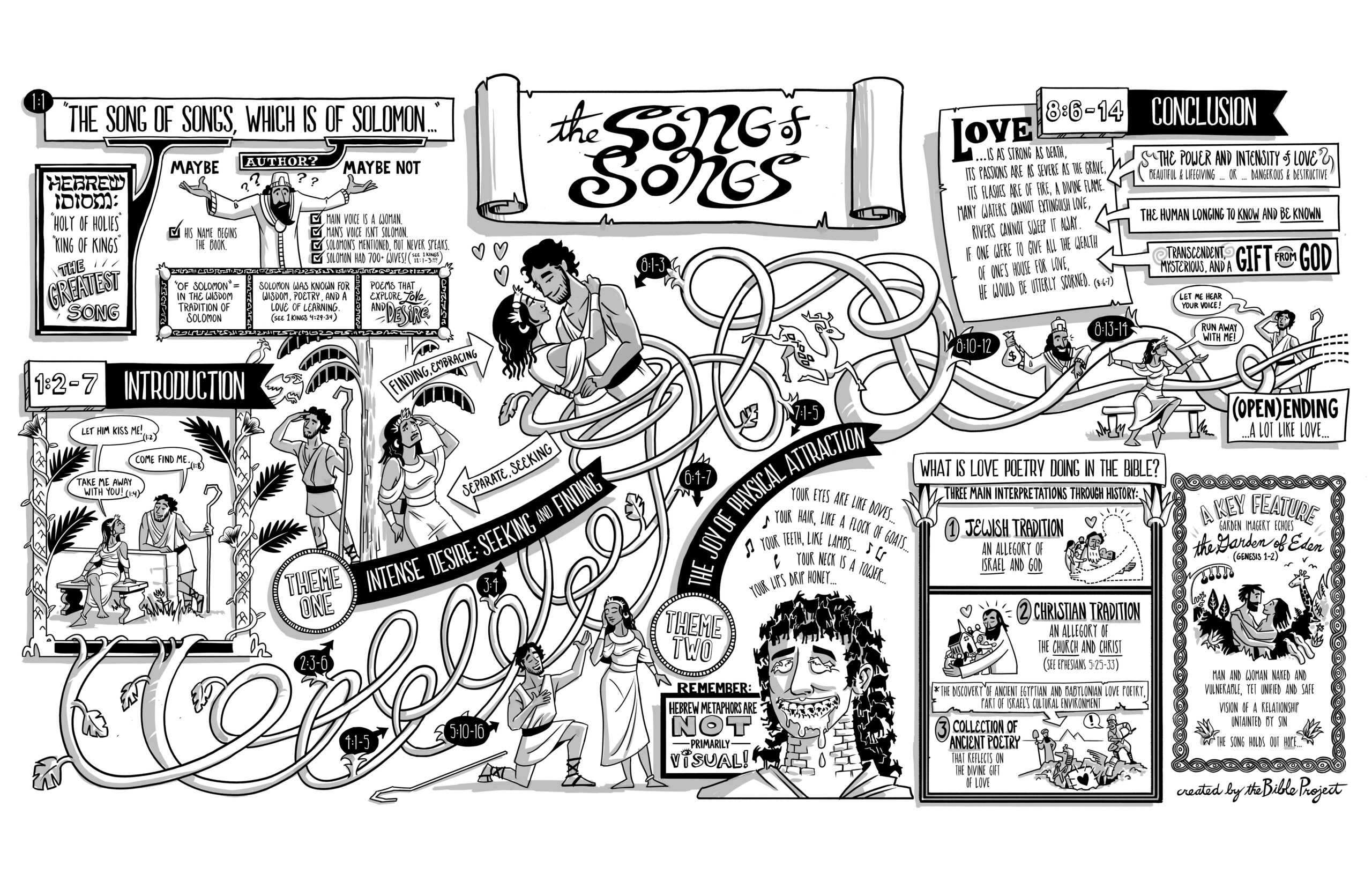