Although some consider this book to be an allegory, according to 2 Kings 14:25, Jonah was not only a real person but a proven prophet from Gath-hepher near Nazareth. The book is also written as a historical narrative.  Furthermore, Jesus validated Jonah’s experience in the belly of the fish as factual (Matt. 12:39-41).

In 2 Kings 14:27 Jonah is identified as having lived during the reign of Jeroboam II of Israel (793-753 B.C.).  In writing the book, Jonah was honest about his reluctant and even disobedient response to God’s commands to go Ninevah to warn them of judgment.  Jonah did not want the wicked city of Ninevah to repent, but God’s mercy is magnified in His desire to bring revival and His grace exalted when the whole city repents.

The story is quite simple.

Chapter 1:  God told Jonah to go to Nineveh and preach coming judgment. Jonah didn’t like the Ninevites and didn’t want God to spare them from judgment, so he fled in the opposite direction by boarding a ship heading to Tarshish. A storm arose and Jonah slept.  The sailors cast lots and determined Jonah was the cause of the storm. Jonah told them to throw him overboard and they did so.  Then they called out to the LORD.  God prepared a great fish (whale?) and it swallowed Jonah.  Jonah spent three days and three nights in the belly of the fish (1:17).

Chapter 2-3:  God caused the fish to vomit up Jonah and three days later Jonah obeyed God and went to Nineveh.  He preached coming judgment and the whole city repented (3:5).

Chapter 4: God not only cared about saving Ninevah, He also cared about changing Jonah’s heart. So God taught Jonah about His love and compassion.

Jonah is the only book in the Bible that ends with a question.  We are not really told whether Jonah fully understood God’s love and compassion, but we might think that he did.  He authored this book and told the details of his disobedience as well as God’s grace and love for all people.  The lessons from Jonah are even greater than the great fish event.  And, it certainly seems the reluctant prophet was not reluctant when it came to preserving this historical record for all ages — so we might better understand our gracious and merciful God. 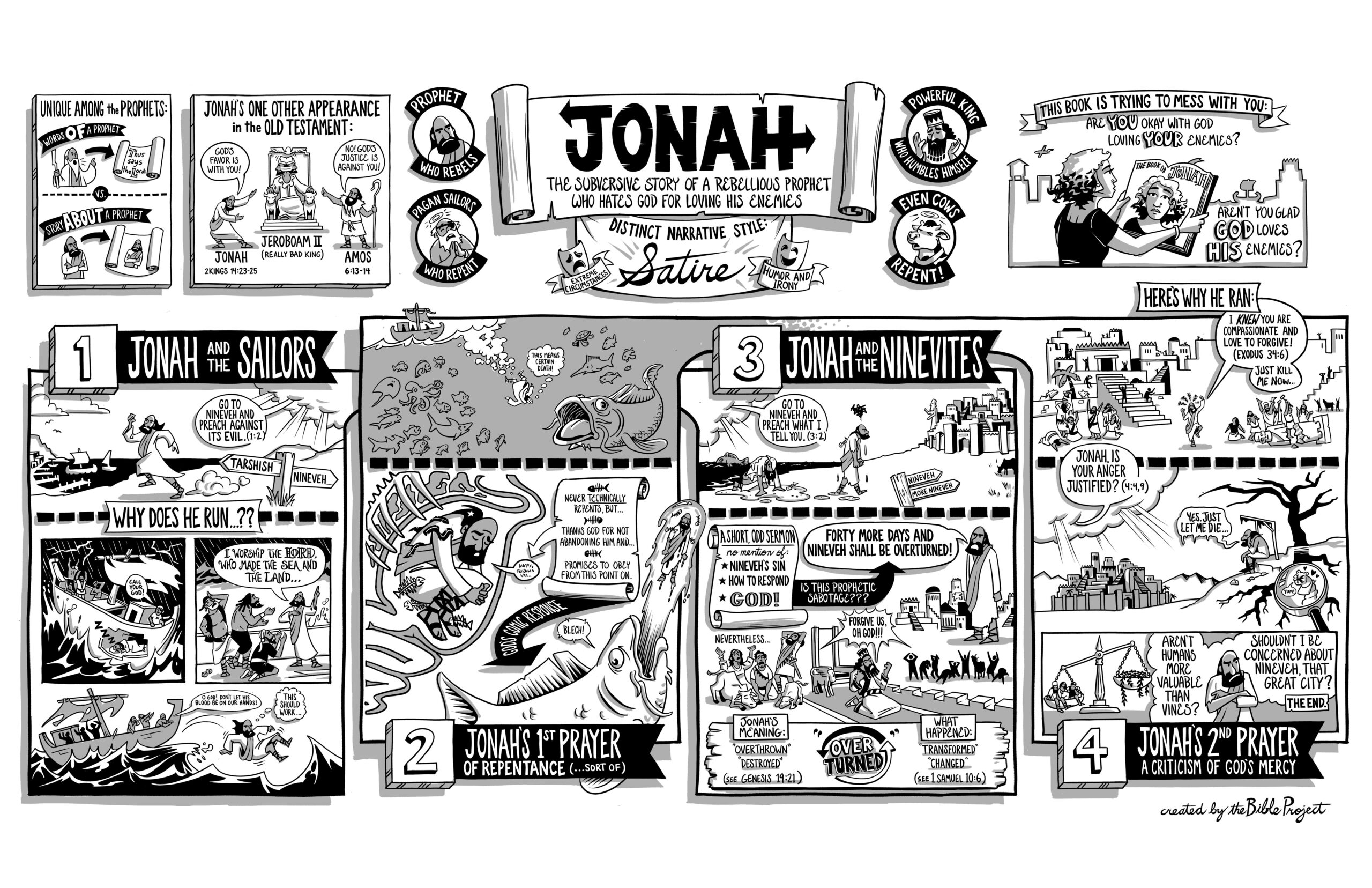