Jeremiah began his ministry at about the age of 20 under good King Josiah.  After Josiah’s death, the people opposed and persecuted Jeremiah.  He barely escaped arrest. He was forbidden to go to the Temple.  And he had to deputize Baruch, his secretary, to deliver his prophecies. King Jehoiakim destroyed Jeremiah’s written prophecies, which Jeremiah faithfully rewrote (Jer 36:22ff.). King Zedekiah permitted nationalistic-minded nobles to imprison Jeremiah, but then reduced the punishment.

When the armies of Nebuchadnezzar sieged Jerusalem in 586 B.C., Jeremiah was freed and given the choice of going to Babylon or remaining in Jerusalem. Jeremiah chose to remain in Jerusalem but was soon abducted and taken to Egypt by Jews who fled there rather than face Nebuchadnezzar. In Egypt, Jeremiah prophesied a few more years.  He apparently died there.

Sensitive and sympathetic by nature, Jeremiah was commanded by God to deliver a very stern and unpopular message of judgment. The opposition he faced was cruel and crushing.  It caused Jeremiah, more than once, to want to resign from his office as prophet, yet he continued faithfully in his calling to proclaim God’s Word.

A Chronology of the Times

It should be noted that the arrangement of the prophecies in the Book of Jeremiah is not chronological. The following chart attempts to place some of the oracles against their historical background, indicated by the ruling king of Judah.

Warnings against sin and judgment are paramount throughout the book, but so also is the message of hope and restoration. Important prophecies include the curse on Jehoiachin (Jer 22:30), the prediction of the Messiah (Jer 23:5-6), the duration of the Babylonian captivity (Jer 25:11), and the revelation of the new covenant (Jer 31:31-34). The concept of backsliding or unfaithfulness is prominent, and there are more references to Babylon (164 times) in Jeremiah than in the rest of the Bible together. 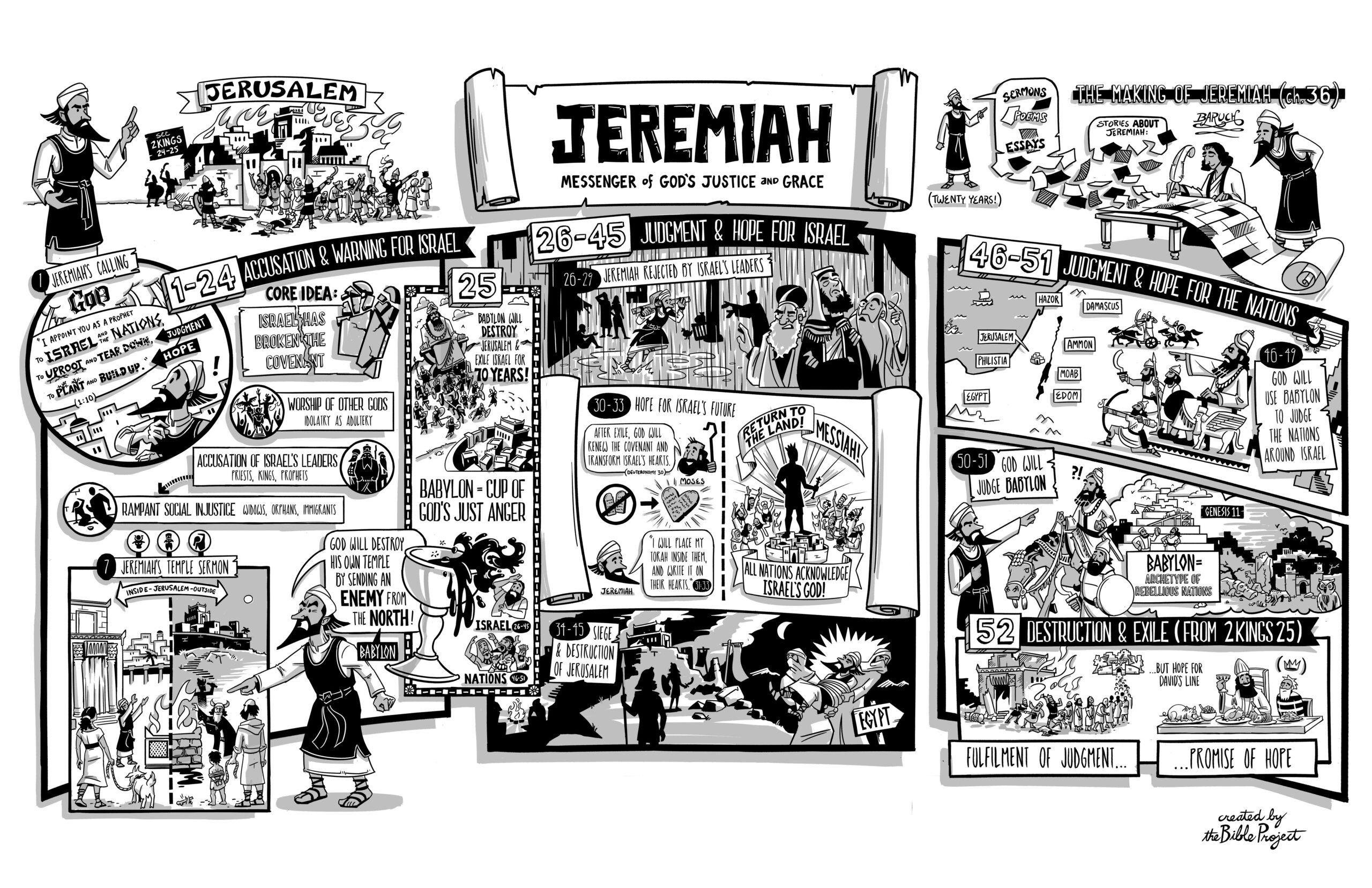