Iwo Jima, Moses and US 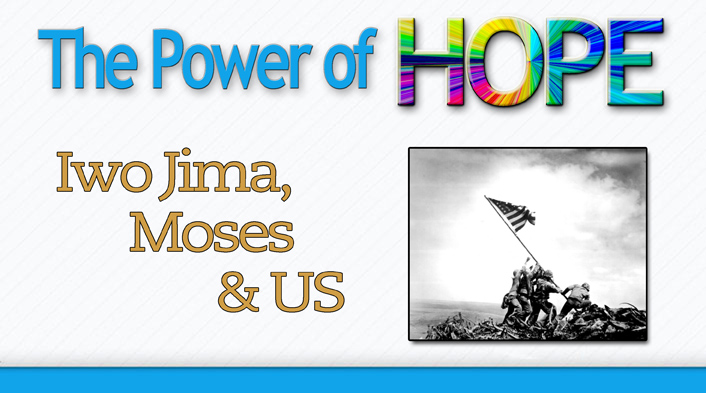 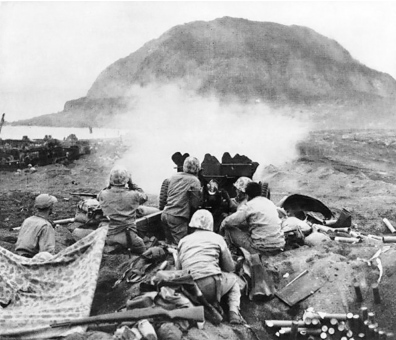 February 19, 2015 marks the 70th anniversary of the beginning of the Battle of Iwo Jima—one of the bloodiest battles during World War II. The battle began on February 19 and ended when American forces captured the Island on March 26,1945. Also known as Operation Detachment, this battle is forever remembered and memorialized by a famous picture taken by an Associated  Press photographer.  The photograph captured the raising of the American flag over Mount Suribachi at the southwest corner of Iwo Jima. 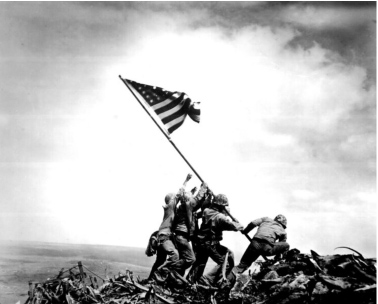 The famous photograph was taken on February 23, 1945 four days after the beginning of the five week battle.  A group of six marines carried the American flag to the highest peak of the mountain and planted it in the ground, while photographer Joe Rosenthal took pictures.  Over the years, the image has become one of the most recognizable photos ever taken and has been replicated on postage stamps as well as on the 60-foot-tall bronze memorial statue at the entrance to Arlington National Cemetery.

The flag those marines raised that day had profound significance.  It was raised at the highest point, for all to see, and it was a testimony that the American forces were in this battle and determined to win.  It represented the strength and courage of the fighting men and the flag was raised as a banner representing all that our country stands for, including our declaration to be “one nation under God!”  Our nation was built by men who believed in the God of all creation, the God of Abraham, Isaac and Jacob, the God who came as a Man and lived among men—the Triune God, the Father, Son and Holy Spirit

There was a time when Israel raised their banner in much the same way as the brave Americans who fought at Iwo Jima.  It was following a battle that took place at Rephadim.  Rephadim is remembered for the generous provision of God for His people, when they pitched their tents there and found no water to drink.  Moses was instructed by God to strike the rock upon which He would stand and  it would pour forth water.  Moses did so, God provided water and the people were satisfied.

Exodus 17:6  Behold, I will stand before thee there upon the rock in Horeb; and thou shalt smite the rock, and there shall come water out of it, that the people may drink. And Moses did so in the sight of the elders of Israel.

Following that miracle of water from the rock, there came opposition from the Amalekites.  Moses chose men to fight and sent them out.  He stood atop the hill and held up his hand.  With his hand up-stretched toward Heaven, Israel prevailed, but when Moses lowered his hand due to fatigue, the Amalekites prevailed.  So Aaron and Hur stood on each side of Moses and helped hold his hand up “until the going down of the sun” (Exodus 17:12).

Moses’ hand held high was similar to the flag at Iwo Jima.  It proclaimed the strength and power of God who gave His people the courage and the ability to defeat the Amalekites.  God’s people were victorious, for God was with them in the battle.

God then instructed Moses to record this battle so future generations would remember His great works.  “And Moses built an altar, and called the name of it Jehovahnissi” (Exodus 17:15).

Jehovahnissi means “the Lord is my banner.”  Just as the American flag is a banner that represents our nation and its strength, the Lord is our banner — He is our strength!

Just as Moses could not hold his hands up by himself, so also our flag was raised on Iwo Jima by six soldiers.  Perhaps one or two could have done the work, but there was a beautiful unity in the coming together of six marines to proclaim victory under the banner of the United States.

The only thing that will change the fragmentation of the United States that we have as a result of divisive individualism is a renewed unity around the only banner that can truly unite people one with the other. 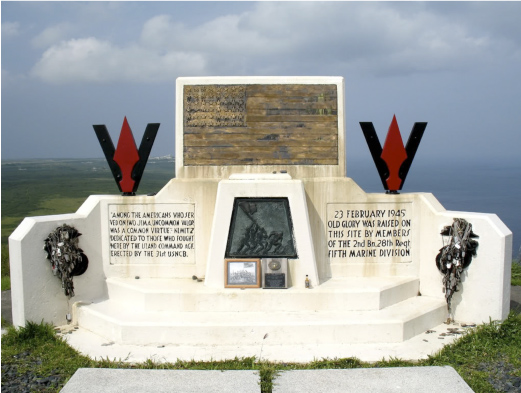 The flag no longer stands on the spot where it was raised in Iwo Jima.  In its place stands a granite memorial engraved with images of the United States flag and the flag raising photograph.  The base of the memorial is inscribed with two dedications:

Alongside the memorial flies the banner of the United States of America. 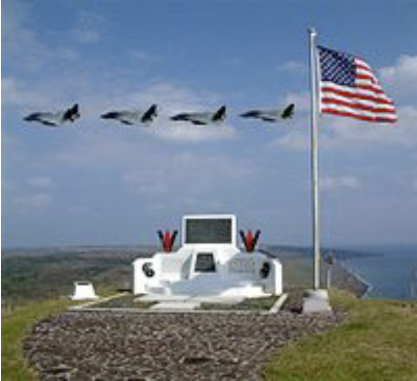 The Lord Jesus Christ is our Banner.  He is the only banner that will endure forever and the only banner that can truly unite Americans as brothers and sisters and change the direction in which our country in heading.  When the battles of life are “bloody,” remember that Jesus is our Jehovah-nissi.  He is our Banner.  Do not fear and be of good courage.  Lift your banner high.  Proclaim your faith in the One who offers to unite all people through His saving grace. 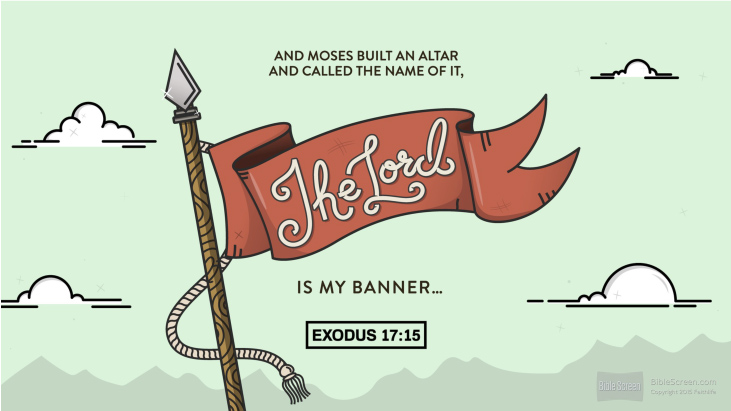 Got Questions? We have Reasons for Hope

Come now, and let us reason together… At Reasons for Hope we invite our community to ask questions.  Each book answers 30 of those questions with answers and reasoning from God’s Word.

All proceeds from products at the store go to support the ministry outreach of Reasons for Hope.

Got Questions? Submit them NOW.