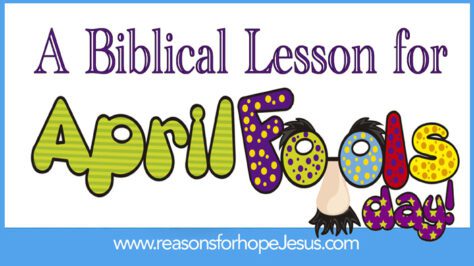 “Make every effort to come to me soon; for Demas, having loved this present world, has deserted me and gone to Thessalonica;” (2 Timothy 4:9-10, NASB)

In this short text, there is a certain sadness conveyed by the apostle Paul. Paul was in a Roman prison, under the watchful eye of the Roman guard, and he greatly desired that Timothy would come soon. It is evident that Paul was aware that his time on earth was short (2 Timothy 4:6-8). Sadly, only Luke was with him (2 Timothy 4:11). because Demas had deserted him.

Demas had been a cherished co-laborer with Paul, a co-worker in spreading the gospel message of Jesus (Philemon 24; Colossians 4:14). He seemed to be the real deal. but Scripture tells that at some point during Paul’s time in Rome, Demas had made it known that he “loved this present world.” And so he had departed from Paul and headed to Thessalonica.

The Greek word for deserted is “shamayim” and it speaks of “letting someone down.” In both the KJV and NKJV, the word is translated as “forsaken.”   Demas had forsaken Paul by leaving Paul because he “loved this present world.” Kenneth Wuest, a former Greek instructor at Moody Bible Institute, wrote that Demas “had set a high value on this present age.” The word for “world” is aion, and it can also be translated as “age.”  In that sense, it speaks of the aims, hopes, and aspirations that define the current time.

A Lesson from Demas

This is a difficult passage, and also an alarming one. It reveals the lesson that this world, in which we live, can serve as a powerful tool of seduction that can actually draw a person away from the work of Christ. And this “love” of the “present age” can be even more inviting when conditions are not so favorable.

After reading about Demas, these words from John’s first letter should come to mind:

As John commanded those to whom he wrote, we learn that we must not love the world. John continues by telling of the temporal nature of the world, and also of its lusts that will one day be gone:

Demas turned his back on serving God, choosing rather to embrace the trappings of the world, the age in which he lived. He lost sight of the eternal blessings of Christ.  How foolish he was.  And so also are all people, of all ages, who deny the God of all creation, the Lord and Saviour of mankind, who gave His life so all might live.  There’s a verse in the Bible that speaks of such people.

Psa 14:1  The fool has said in his heart, “There is no God.” They are corrupt, They have done abominable works, There is none who does good.

There are fools all around us, who reject the amazing love of God and the saving grace of Jesus.  On April Fools Day, and every day throughout the year, help foolish people to see the Lord our God, who is also their God.  He “is longsuffering toward us, not willing that any should perish but that all should come to repentance.” (2 Pet 3:9)  Help foolish people to become wise.

Prov 12:15  The way of a fool is right in his own eyes, But he who heeds counsel is wise.
Prov 3:35  The wise shall inherit glory, But shame shall be the legacy of fools.