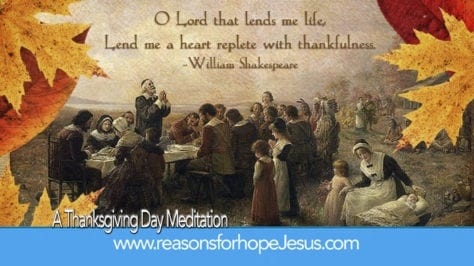 The following quote is from William Bradford (1590-1657), the English Puritan separatist who moved to Holland to escape persecution from King James I of England, and then, along with a group of congregants, crossed the Atlantic on the Mayflower ship.  Bradford established a colony in Plymouth, Massachusetts in 1620 and became the governor, serving for 30 years.  The first winter was devastating for the people of Plymouth Colony, with the death of 51 of the 102 people in their community. The following spring the Pilgrims, along with help from their Indian friends, planted crops that yielded an abundant sprill and fall harvest.  On December 13, 1621, the Pilgrims instituted a three-day feast of thanksgiving to God and celebrated with their Indian friends.

Bradford’s detailed journal, Of Plymouth Plantation, 1620–47, chronicles the Pilgrim’s voyage by sea to the New Word as well as the challenges they faced, the virtures of Puritanism, and the sacrifices of the founders of Plymouth colony.

Quotes from Of Plymouth Plantation

We have excerpted the following quotes for your meditation on Thanksgiving Day or any day. Note how clearly Bradford testifies of God.  Now some might say, “our founding fathers were Deists who believed in God, but not Christians who spoke of Jesus.”  It should be understood that in their day, when someone referred to God, they were speaking of the God of the Bible.  Unless they were Jews, which Bradford was not, God and Lord were references to the Triune God. It is only in our day that “god” can have many meanings and it can be uncertain about what “god” someone is speaking.  [emphasis added]

“Thus out of small beginnings greater things have been produced by His hand that made all things of nothing, and gives being to all things that are; and, as one small candle may light a thousand, so the light here kindled hath shone unto many…”

Having undertaken, for the glory of God, and advancement of the Christian faith, and honor of our King and Country, a voyage to plant the first colony in the northern parts of Virginia, do by these presents solemnly and mutually, in the presence of God, and one of another, covenant and combine our selves together.

May not and ought not the children of these fathers rightly say: “Our fathers were Englishmen which came over this great ocean, and were ready to perish in this wilderness, but they cried unto the Lord, and He heard their voice and looked on their adversity…”

Let them, therefore, praise the Lord, because He is good, and His mercies endure forever. Yea, let them which have been redeemed of the Lord, show how He hath delivered them from the hand of the oppressor. When they wandered in the desert wilderness out of the way and found no city to dwell in, both hungry, and thirsty, their soul was overwhelmed in them. Let them confess before the Lord His loving-kindness, and His wonderful works before the sons of men.

Take a minute and watch a short Thanksgving video. 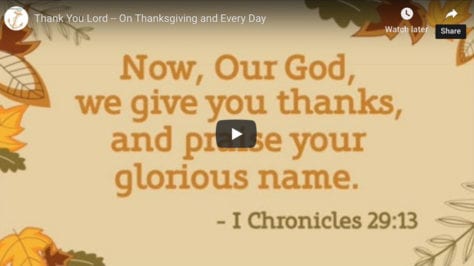 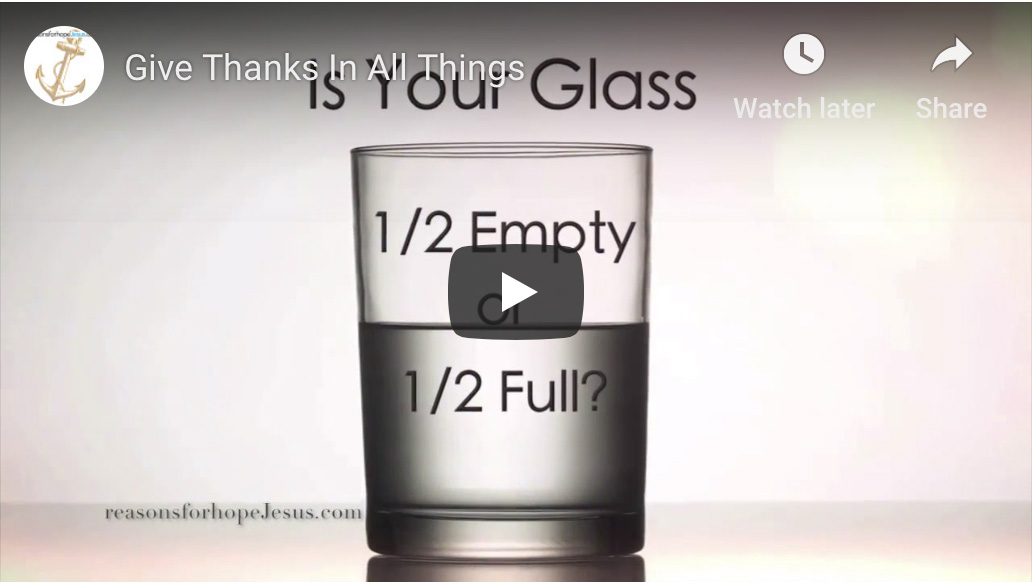 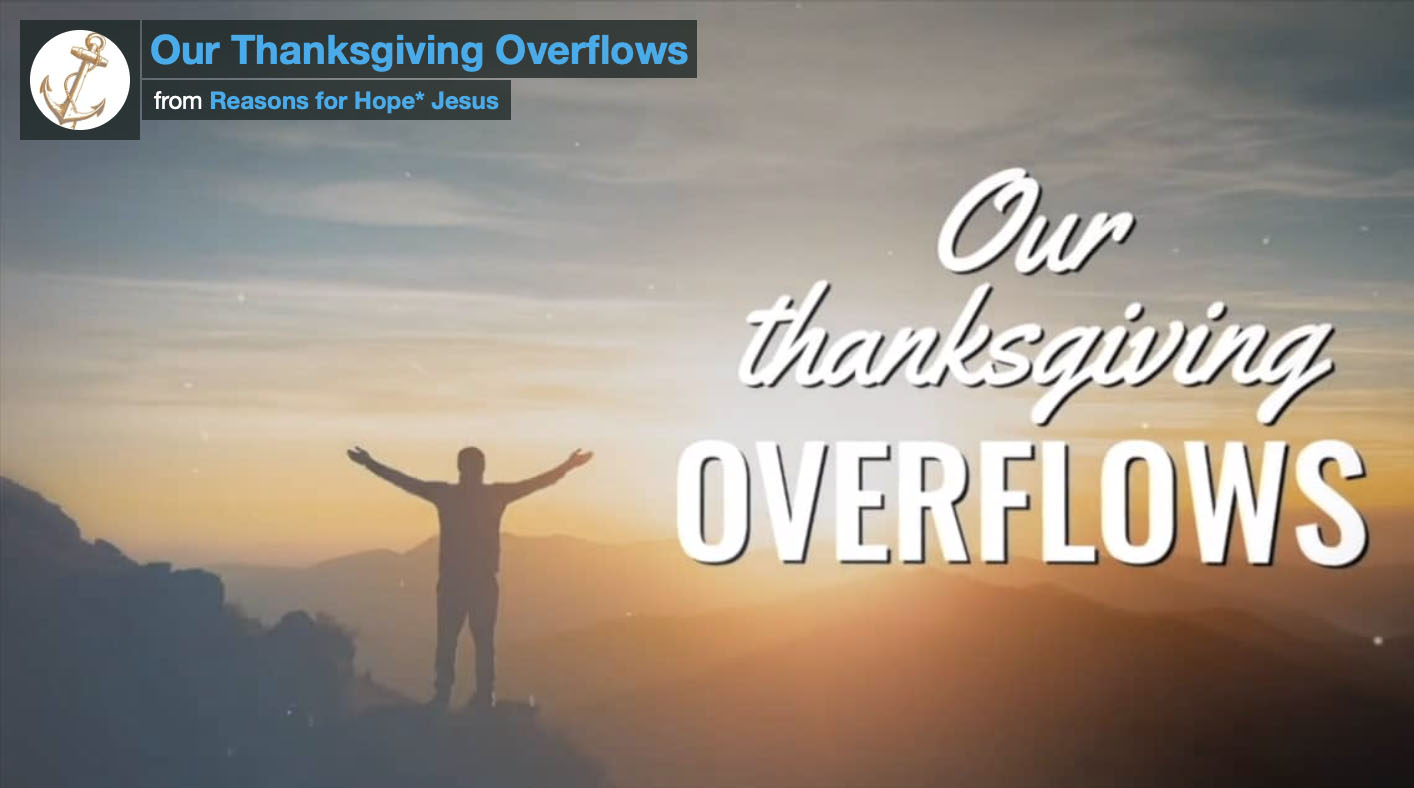