Sodom And Gomorrah: An Example? 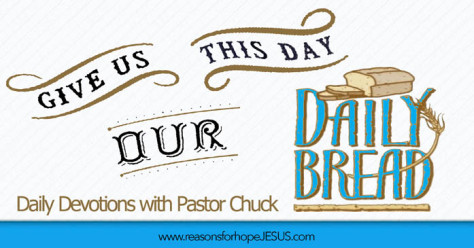 Blessed are You Father, who has loved us with an everlasting love. May You be honored by our walk in the new day. May the people who come in contact with us see Christ in us and may you use that witness to accomplish Your good purpose.

In a day in which the subject of homosexuality and same-sex marriage are so prevalent, when the initials LGBTQ are so commonly referred to, it is not unusual that the biblical record of the cities of Sodom and Gomorrah is either brought up or at least on people’s minds. It is no secret, that’s for sure, that just about every person knows the historical message of the destruction of these great cities and the reason God turned them to ashes.

Yesterday, as I read from Peter’s second letter I couldn’t help but note that what happened in Sodom and Gomorrah was an example for generations to follow. It is a most urgent message to our nation, to the world in which you and I live, to the society we inhabit, and it is a sobering one indeed.

The message starts with some very familiar passages from the book of Genesis . . .

“Now the two angels came to Sodom in the evening as Lot was sitting in the gate of Sodom. When Lot saw them he rose to meet them . . . ‘Now behold, my lords, please turn aside into your servant’s house’ . . . he urged them strongly, so they turned aside to him and entered his house . . . Before they lay down, the men of the city, the men of Sodom, surrounded the house, both young and old, all the people from every quarter; and they called to Lot and said to him, ‘Where are the men who came to you tonight? Bring them out to us that we may have relations with them.” (Genesis 19:1-5 – NASB)

So it is recorded, “the men of Sodom” knew that there were “two . . . men” who had come to their “city” and were in “Lot’s . . . house.” The “men of the city” wanted Lot to “bring them out to” to them so that they could “have relations with them. These “relations” spoken of here were of a sexual nature. These “men of the city,” these “young and old, all the people from every quarter” were of a desire to “have” sexual “relations” with “the two angels.”

When “Lot” offered his two daughters to “the men” they scoffed at his offering (19: 8) and pressed even harder to gain access to the “house” (19:8-9). These were “men” who had exchanged the natural function of the woman and burned in their desire toward other men, desiring men with men to commit indecent acts (cf. Romans 1:27). The city of “Sodom” was filled with sin!

But this was not the only sin of Sodom and Gomorrah. Note this from the book of Ezekiel,

“Behold, this was the guilt of your sister Sodom; she and her daughters had arrogance, abundant food, and careless ease, but she did not help the poor and needy. Thus they were haughty and committed abominations before Me. Therefore I removed them when I saw it.” (Ezekiel 16:49-50 – NASB)

The sins of “Sodom” were many. The sin of homosexuality was more than likely the “abominations” spoken of here in our text from Ezekiel.

“Then the LORD rained on Sodom and Gomorrah brimstone and fire from the LORD out of heaven, and He overthrew those cities, and the valley, and all the inhabitants of the cities, and what grew on the ground.” (Genesis 19:24-25 – NASB)

Yaweh, the Creator, the Law-giver, the Most High and Holy One, He who reigns in the kingdom of men, looked down upon “Sodom and Gomorrah” and He “saw” their “abominations” and He “removed” these great cities, “raining” down “out of heaven . . . brimstone and fire.” The LORD “overthrew those cities, and the valley, and all the inhabitants of the cities, and what grew in the ground.”

Important to know? You bet it is! For the apostle Peter, in writing of the sure judgment of false teachers, said this,

“and if He condemned the cities of Sodom and Gomorrah to destruction by reducing them to ashes, having made them an example to those who would live ungodly thereafter.” (II Peter 2:6 – NASB)

Clearly recorded in God’s inerrant, infallible Word, words for “those who would live ungodly thereafter.” Oh the warning rings out loud and clear, and those of our day who seek to silence this Word or live as if it doesn’t matter, they are in serious straights. For  yes, “Sodom and Gomorrah” are an “example,” specifics given to those “who would” choose to “live ungodly” . . . . and our nation and its “inhabitants” need to pay heed.

(NOTE: But men do not pay heed! And even though they know these things they choose to approve of ungodly behavior and give favorable lip service to those who practice ungodly behavior. They bring upon themselves the wrath of God as is so clearly written of in Romans 1:18-32. They choose in their ungodly behavior to ignore the example!)

Have a good day brethren . . . and if it so happens, as is so very common today, that you are confronted with what it is you believe regarding ungodly behavior, in love, always speak the truth.