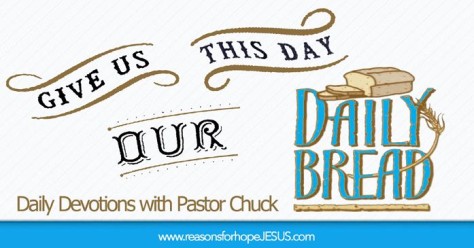 From the John’s first letter we read,

“Whoever believes that Jesus is the Christ is born of God; and whoever loves the Father loves the child born of Him. By this we know that we love the children of God, when we love God and observe His commandments. For this is the love of God, that we keep His commandments; and His commandments are not burdensome. For whatever is born of God overcomes the world; and this is the victory that has overcome the world — our faith. And who is the one who overcomes the world, but he who believes that Jesus is the Son of God.” (I John 5:1-5 – NASB)

The word “believes” is a participle in the present tense, thus speaking of continuous belief, practicing belief. The belief of a “child born of Him,” a genuine believer, is one that is ongoing, an ongoing practice of the faith. As Dr. John MacArthur writes,

“Saving belief is not simply intellectual acceptance, but wholehearted dedication to Jesus Christ that is permanent.”

The believer is constantly believing that “Jesus is the Christ,” that He is the Messiah, the Anointed One of God, the One whom God sent to be the Savior of the world. And his ongoing belief is evidenced in that he “loves God and observes His commandments.” This is the one who is “born of Him,” this is the one “that has overcome the world.”

“Overcomes:” the Greek word means, “to conquer, get the victory, prevail” (Strong). MacArthur writes regarding this word, “The word reflects a genuine superiority that leads to overwhelming success. The victory is demonstrable; it involves overthrowing an enemy so that the victory is seen by all.”

Believers are “overcomers,” people that have continual victory over the world. Again, they are evident by who it is they “believe” in and by what standards they walk by.

The “Overcomer!” He “believes that Jesus is the Christ,” he “loves the children of God,” he “loves God,” he shows how he “loves God” by “keeping His commandments.” This is the one “who overcomes the world.”

Have a good day brethren . . . and as you walk examine yourself against the tests of God’s truth and then ask yourself, “Am I an overcomer?”